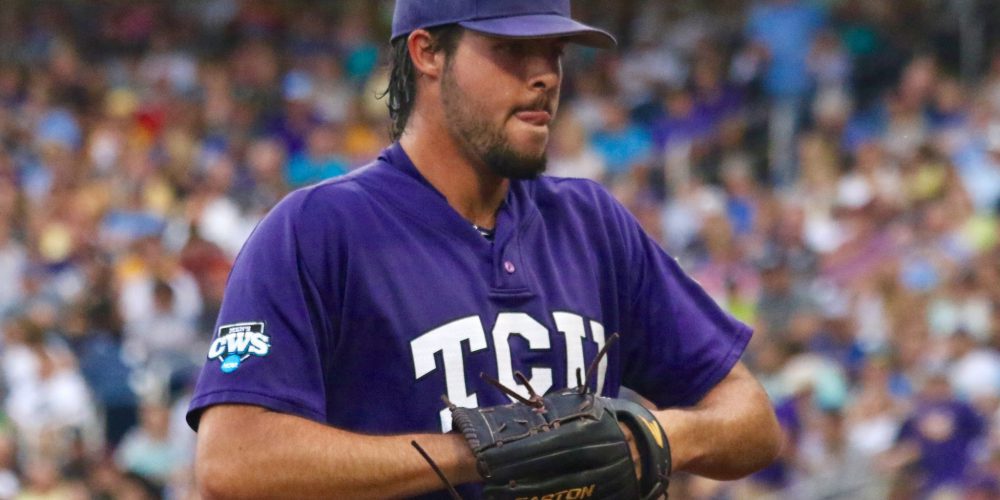 TCU's Mitchell Traver will miss the start of the season because of an injury. (TCU)

TCU redshirt junior righthanded pitcher Mitchell Traver will miss the first four-to-six weeks of the season because of a muscle strain in his back, leaving the Horned Frogs with a little uncertainty on the mound entering opening weekend action against Loyola Marymount.

Though Traver’s injury doesn’t appear to be serious this time around, it’s worth noting that he’s had some injury issues in the past, namely having Tommy John surgery, something that kept him out of action during his true freshman campaign.