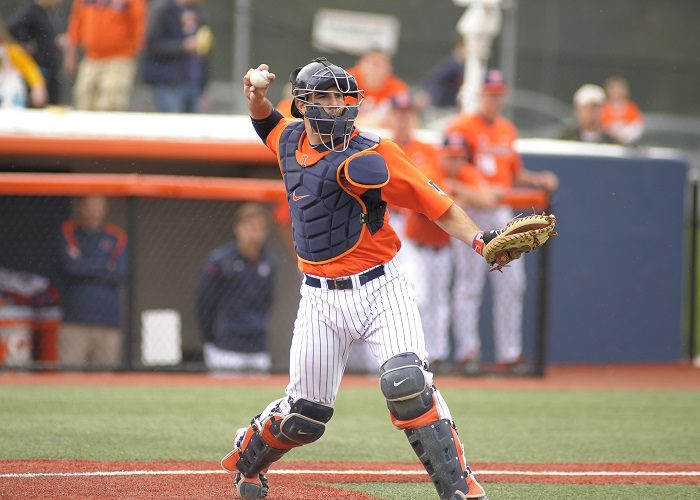 Jason Goldstein: The Man Behind The Curtain

CHAMPAIGN, Ill. — It’s been more than two months since Illinois lost the opener of a weekend series, and most of the time, Kevin Duchene’s been the story. The 6-foot-2 junior lefty had his worst start of the season against Nebraska.

Duchene’s worst start of the year, in case you were curious, involved six shutout innings to start the night, before a rash of wildness and a mistake to Nebraska third baseman Blake Headley led to a season-high three runs in the seventh. Offensively, the Illini spread their eight hits one each through the first eight hitters in their lineup,[…]