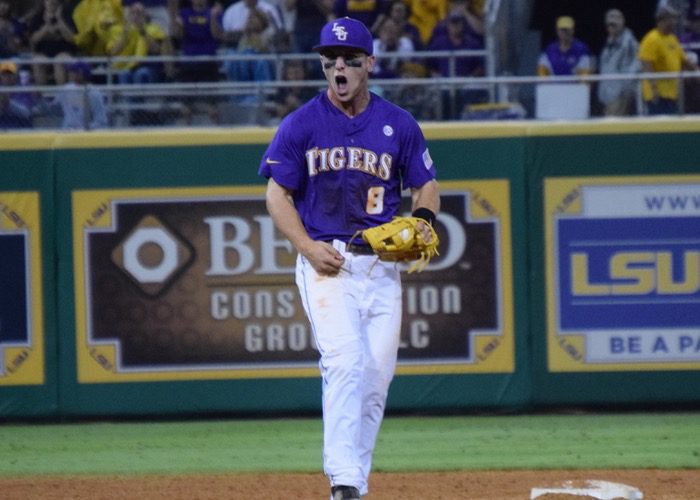 BATON ROUGE, La. — It was like a flash flood.

For six innings, Texas A&M righthander Ryan Hendrix dammed up the LSU offense pretty well. Then, in the seventh, a Chris Chinea leadoff single put a hairline crack in that dam. An instant later, an unstoppable torrent burst the dam apart, gushed down the riverbed and overwhelmed the Aggie sandbags.

When LSU’s offense gets rolling, it is as mighty as the Mississippi River. One hit leads to another, and another, and the[…]