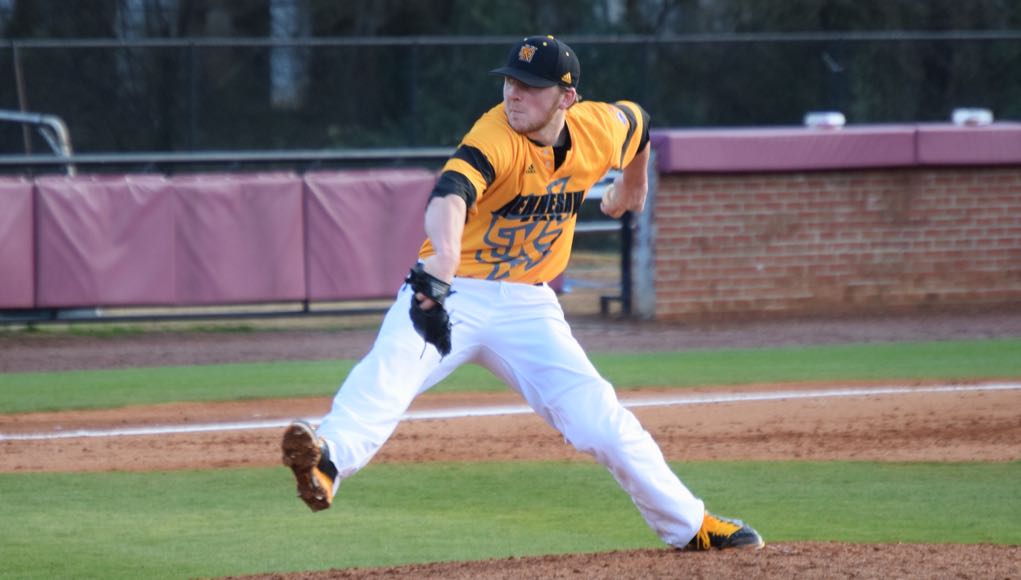 ROCK HILL, S.C. — Travis Bergen emerged from the Kennesaw State dugout sporting a big smile—and an even bigger wrestling-style championship belt. He explained that the player who contributes the most to a KSU win gets to take home the belt, part of a WWE vibe in the Owls’ clubhouse.

Winthrop ace lefthander Sam Kmiec delivered a powerful haymaker in the first game of Saturday’s doubleheader at Winthrop Ballpark, spinning a four-hit shutout in the Eagles’ 2-0 win (more on that below). But the Owls got off the mat in the nightcap, and KSU lefty Bergen pitched like[…]