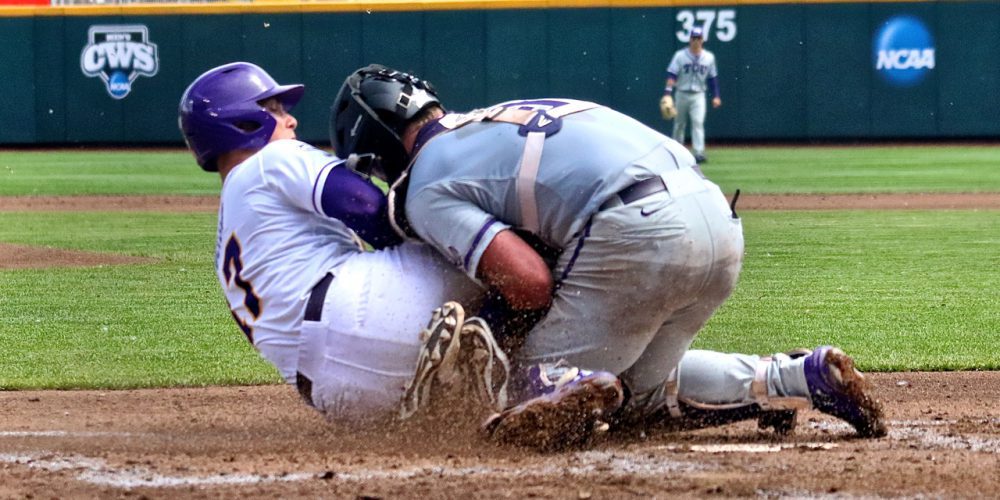 After three scoreless innings that featured great pitching from Morrison and LSU starter Jared Poche’, TCU broke free in the fourth inning thanks to back-to-back throwing errors from Poche’. The Horned Frogs got two runs, but LSU quickly fired back with a run on an Andrew Stevenson RBI groundout. But that was the last time the game was close.