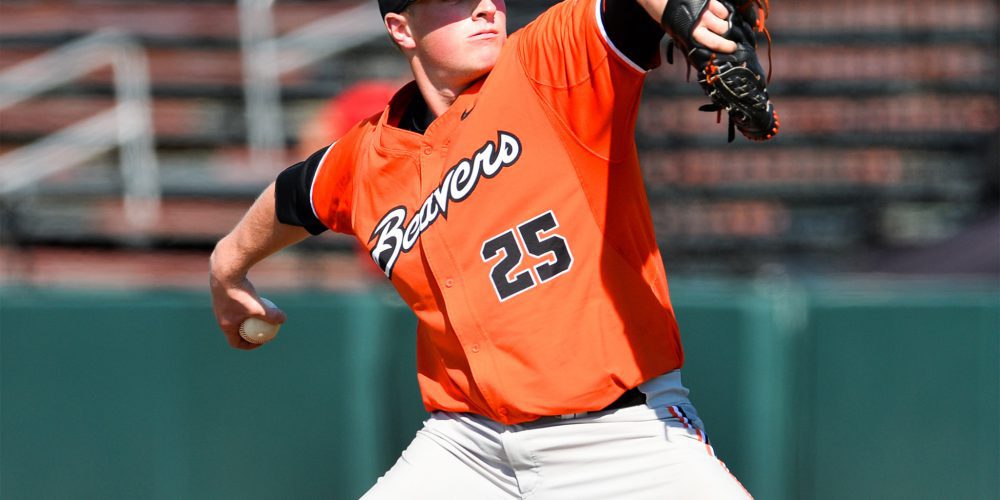 The Beavers press forward without Rasmussen in the rotation. (Oregon State)

Oregon State is one of several teams expected to compete for the national title in June, but it will have to do so without ace pitcher and sophomore righthander Drew Rasmussen, who will miss the rest of the 2016 campaign because of a torn UCL (ulnar collateral ligament) that will require Tommy John surgery.

Rasmussen sustained the injury last week while pitching in the series opener against California. There, he struck out five and walked two and allowed five runs on four hits in 3.1 innings of work. Prior to the start, the stellar righty had overcome a sore back to make his scheduled start against the Golden Bears.

The 6-foot-1, 226-pounder, is a massive loss for the Beavers. In addition to being an All-American type of pitcher, he was a hard-nosed competitor who typically set the tone for the weekend. Ranked as the No. 9 college prospect for the 2017 draft class, Rasmussen has shown the ability to get in the 94-96 mph range with his fastball at times, while last weekend against California, he sat 92-95 and up to 96 with the offering, while also showing feel for an 86-88 mph swing and miss slider. Rasmussen also threw his standard mid 80s changeup against the Golden Bears.

For the season, Rasmussen hadn’t always shown pinpoint command, but his numbers were still very solid. The righty had a 3.41 ERA in 37 innings, along with 42 strikeouts and 10 walks and opponents were hitting him at a low .198. 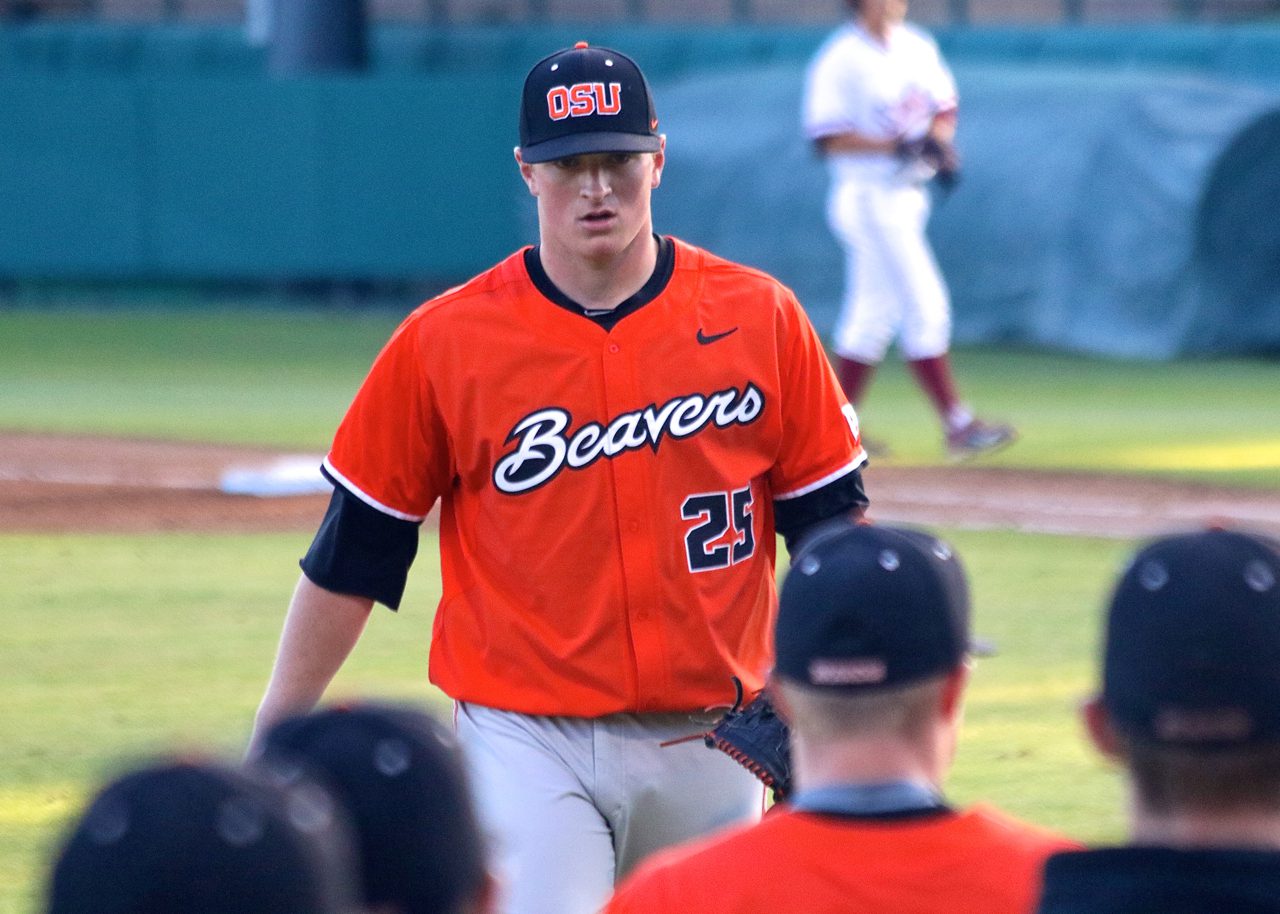 Chances are good the Beavers will try to get a medical redshirt for Rasmussen, who made six starts this spring. But, for the time being, they will need several capable of arms to rise up. For instance, Travis Eckert and Jake Thompson will move to the front of the rotation. Eckert’s stuff has improved from last season, but has seen some lulls at times so far this season, while Thompson is a power arm who has been solid with a 3.23 ERA in 30.2 innings. OSU has not announced a No. 3 starter for this weekend’s series against Washington, but the safe bets are either Luke Heimlich or Jordan Britton. Both pitchers had strong falls, with Heimlich recently showing the ability to handle that type of role with typically good command.

Losing Rasmussen for the season is a definite obstacle in the road for Pat Casey’s Beavers, but if there’s one year they could sustain such a loss, it’s this one with such a potent offense. Still, the pitching will need to be more consistent the rest of the way to meet preseason expectations.

Oregon State will move forward, it just won’t have the powerful arm of the sophomore and Spokane, Wash., product.