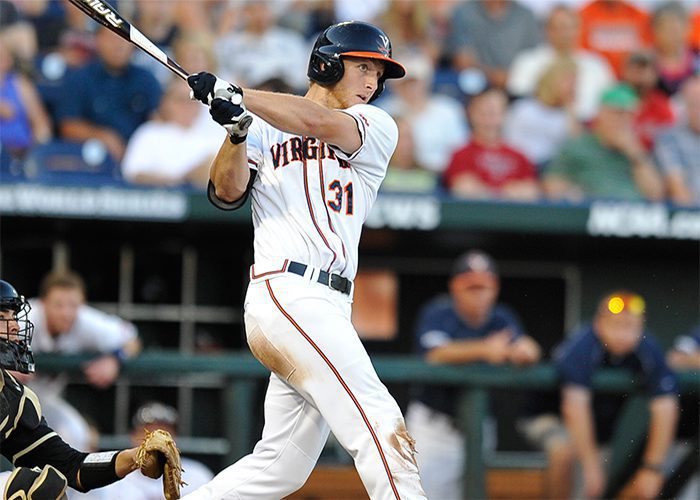 Virginia's Joe McCarthy is back with a vengeance. (Virginia)

Virginia’s McCarthy Has Back Surgery

Third-ranked Virginia announced Thursday that star outfielder Joe McCarthy will be sidelined approximately 12 weeks after having back surgery. That timeline would put McCarthy back in the lineup in late April, if all goes well, allowing him to help the Cavaliers down the stretch and help himself make an impression on scouts leading up to the draft in June.

Before the injury, McCarthy was widely regarded by scouts as a top two-rounds pick with a chance to go in the first round. Physical and athletic, McCarthy is a plus runner underway with emerging power in his 6-foot-3, 215-pound frame, and many[…]