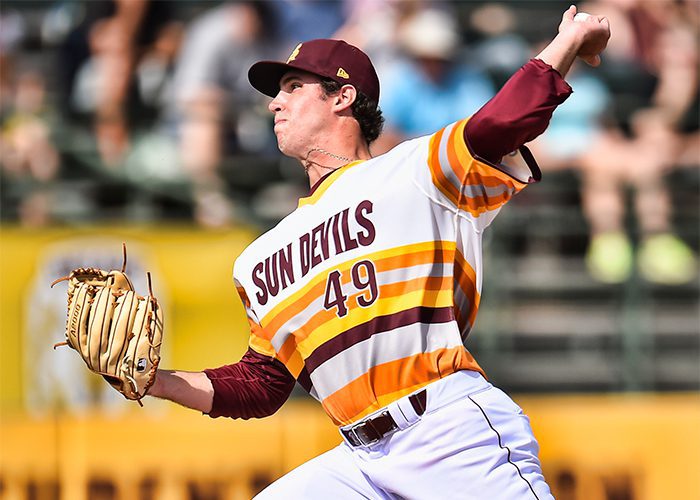 Florida remained No. 1 in the D1Baseball Top 25 rankings after winning a weekend series against Tennessee, but there was some shuffling behind the Gators in the top 10.

TCU stayed put at No. 2, but Virginia tumbled from No. 3 to No. 13 after an 0-4 week that included a sweep at the hands of Virginia Tech. UVa.’s fall made room for LSU, Vanderbilt, Texas A&M and South Carolina to move up one spot apiece after strong weeks. Southeastern Conference teams now occupy five of the first six spots in the rankings—but no other SEC team is in the Top 25, suggesting that a clear ruling class is emerging as league play kicks into gear.

UCF and Oregon also slipped out of the top 10, while Arizona State (No. 7), Rice (No. 8), Southern California (No. 9) and UCLA (No. 10) moved up. The Sun Devils jumped five spots after adding a hard-fought series win against Oregon State to a resume that already includes series wins against Oklahoma State and Long Beach State.

Two teams joined the Top 25 this week. Indiana made its debut in the rankings at No. 21 after sweeping Cal State Fullerton, which fell out of the Top 25 after an 0-4 week. The Hoosiers also have a road series win against Stanford and a split at College of Charleston on their resume. And Miami returned to the rankings at No. 25 after a one-week absence. The Hurricanes posted a 5-0 week, capped by a sweep of NC State.