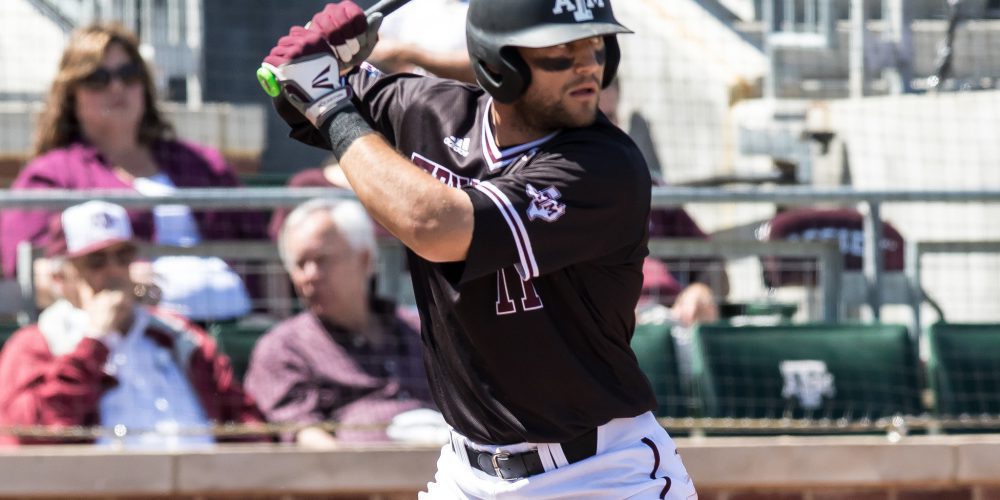 For the first time this season, there’s a change at the top of the D1Baseball Top 25 rankings. Preseason No. 1 Florida’s six-week reign at the top ended with a series loss at Kentucky, paving the way for Texas A&M to take over as No. 1.

The Aggies improved to 23-3 overall with a series win against then-No. 10 LSU (which fell five spots to No. 15). Texas A&M has opened the season with six straight winning weekends; the only other team in the Top 25 that has not had a losing weekend is No. 9 Florida State.

The Gators slipped one spot to No. 2, and Vanderbilt climbed two places to No. 3 after sweeping Missouri on the road. Miami and South Carolina jumped into the top five for the first time this season. The Hurricanes moved up from No. 7 after sweeping then-No. 12 Clemson, while South Carolina made the biggest leap of the week, vaulting nine spots to No. 5 after sweeping a road series against then-No. 8 Ole Miss. The Gamecocks are 6-0 in SEC play for the first time in program history, with back-to-back sweeps against ranked opponents.

Oregon State and North Carolina fell three spots apiece after losing home series, landing at No. 6 and No. 7. Louisville moved up one spot to No. 8 after taking two of three from Virginia, while FSU climbed two spots to No. 9. TCU rounds out the top 10; the Horned Frogs fell four spots to No. 10 after losing a series at Texas.