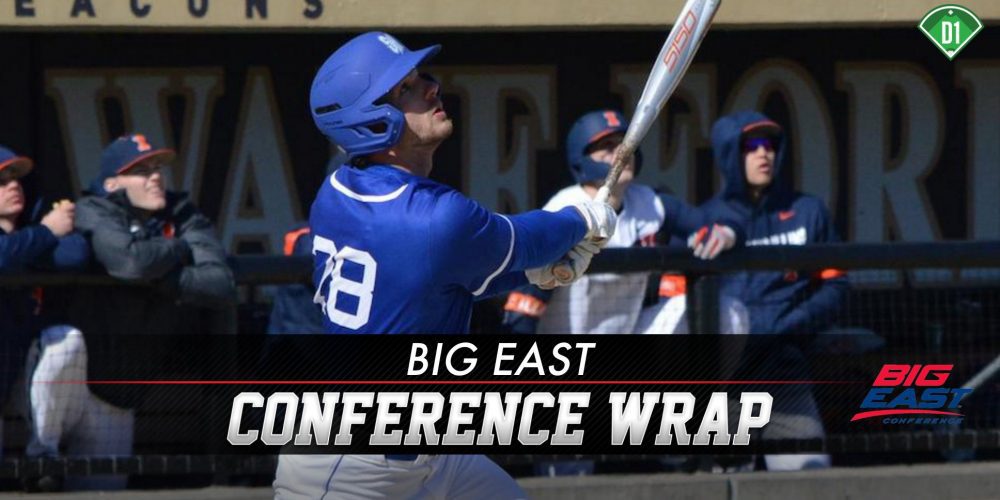 But informally, we can still take a look back at those first four weeks and highlight some players who stood out. Keep in mind that nonconference strength of schedules varies dramatically, and four weeks really isn’t a long enough period to even determine how strong a given schedule truly was. With those caveats out of the way, here are some superlative picks for the Big East Conference, which played four weeks of nonconference action and never began league play.

At the outset of the 2020 season we saw a conference up for grabs with at least five serious contenders for the title. While it’s tough to ascertain any single team stepping forward in four short weeks to set themselves apart, we did see evidence of Seton Hall combining a veteran lineup, defense and pitching staff to produce one of the more balanced performances in the conference. This was the strength of the Pirates entering 2020 and is enough to earn them the Best Team superlative for the COVID-shortened season.

As noted in our season preview, Seton Hall lacked a true thumper in the middle of the lineup, and at times struggled to get the big hit when needed. The same, the Pirates finished second in the conference in hitting, strikeout percentage and stolen base percentage. On the mound, Setons Hall finished second in ERA and hits allowed, while the defense committed fewer errors than any other squad in the Big East. The Pirates also showed flashes of their potential on opening weekend, outscoring a solid field in Winston-Salem (Wake Forest, Illinois and Milwaukee) 30-7, with their only loss coming to then-ranked Wake Forest in the bottom of the ninth (4-3).

Click below to read the rest of the wrap!