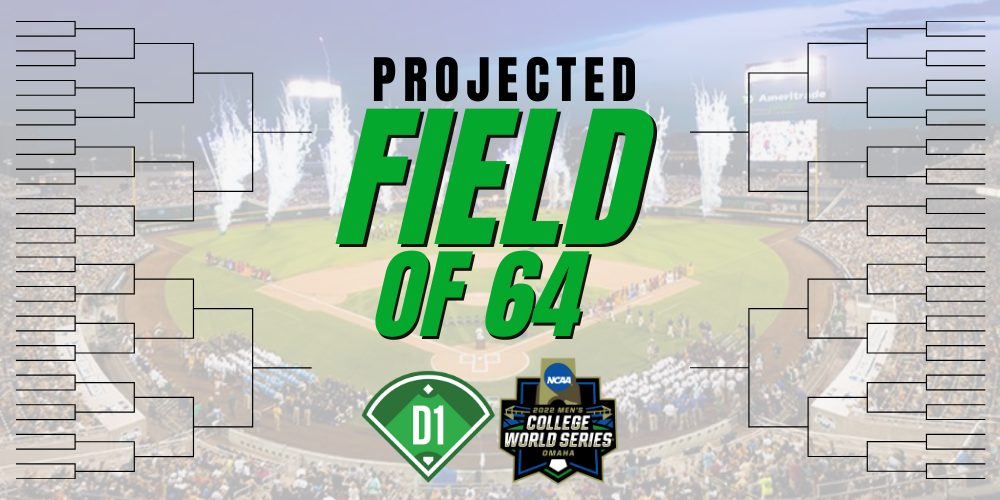 Opening Weekend 2022 is finally here for college baseball, and you know what that means, it’s time to unveil our Preseason Field of 64.

This is our field should everything go as absolutely expected. We know that always happens, right? Let’s have some fun with it.

In our preseason projections, the SEC and ACC lead the way with nine bids a piece. There are arguments to be made for the leagues to have even more bids, as Texas A&M and North Carolina, respectively, are programs that could surprise by season’s end.

The Big 12 Conference has some helium entering the ’22 campaign. The league received six bids to our postseason field, with Baylor being one of the last teams in the tournament. Meanwhile, the Pac 12 received five bids and Conference USA and the Big Ten each had four bids. There’s also the Big West, which is slated to have a strong spring and has three teams in our field, including UC Irvine, Long Beach State and UC Santa Barbara.

Let’s take a look at our field. Happy Opening Weekend!