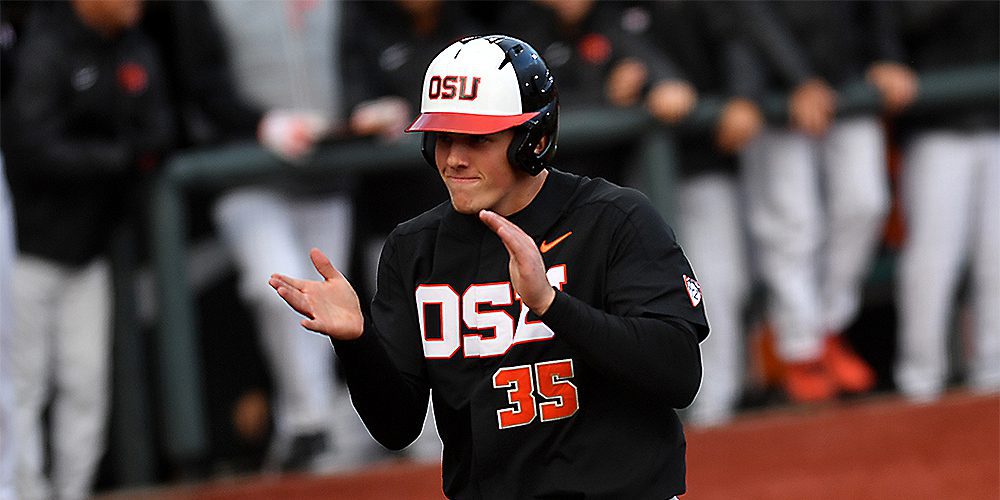 As part of our series looking back on the last decade, we unveiled an All-Decade team for all of college baseball last week — but we’ve also assembled All-Decade Teams for each of the power conferences. For this exercise, we tried to balance peak value with career value and bonuses for postseason legacy, taking into account the very different offensive eras that divided the decade (offensive numbers were dramatically depressed when the BBCOR bat standard took effect in 2011, and offense didn’t start to pick up again until the flat-seam ball was introduced in 2015).

Without further ado, here’s our list of All-Teens Team for the Pac-12. Oregon State leads the way with five selections, followed by UCLA and Arizona with four apiece:

It’s easy to forget that Rutschman’s college career got off to a slow start offensively — he hit just .234/.322/.306 as a freshman, but he still provided sterling defense for an OSU team that went 56-6, and he was already starting to come into his own by the stretch run. The next two years turned him into an Oregon State legend, as he earned first-team All-America honors two straight years. Rutschman hit .408/.505/.628 as a sophomore, rewriting the Omaha record book by hitting .567 with two homers and 13 RBIs to earn CWS Most Outstanding Player honors. A year later, with far less support around him in the lineup, Rutschman hit a ridiculous .411/.575/.751 with 17 homers, 76 walks against just 38 strikeouts, earning him the Golden Spikes Award. He also put up those insane numbers while playing premium defense at the most demanding position on the diamond, all of which helped him become the No. 1 overall pick in 2019. 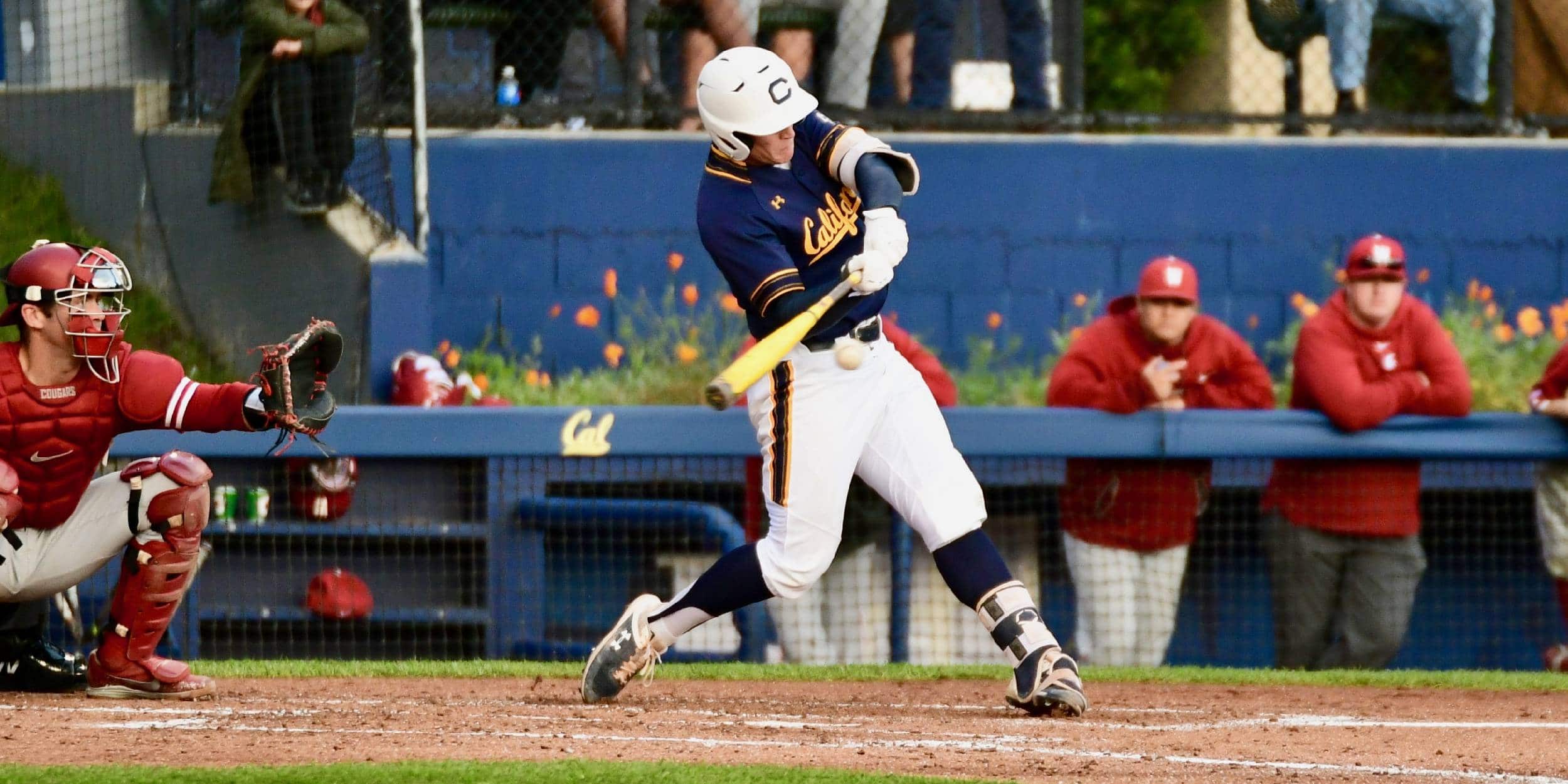 A 5-foot-7 dynamo, Madrigal was a hitting machine and a premium defender for three years at OSU, as well as natural born winner who served as the engine for two of the great teams of the decade. He hit .333/.380/.456 to earn first-team Freshman All-America honors in 2016, then was a full-fledged first-team All-American as a sophomore, when he hit .380/.449/.532 with 20 doubles and 16 steals for the 55-6 Beavers. His junior year was interrupted by a broken hand that cost him 25 games, but he still finished .367/.428/.511 and helped lead Oregon State to the national title.

Blandino’s 27 career home runs stand out during the early years of the BBCOR era before the adoption of lowered seams; he ranked second in the Pac-12 in homers (12) and fourth in OPS (.928) as a junior in 2014, when he earned second-team All-America honors and helped lead the Cardinal to super regionals for the second time in three years. He also hit eight homers for a super regional team as a freshman. His defensive prowess also gives him a leg up over Arizona’s Nick Quintana, who put up louder numbers in a much more offensive era at the end of the decade.

This spot is a competition between three Arizona shortstops: Mejia, Kevin Newman and Cameron Cannon. Mejia and Newman had very similar careers, while Cannon put up louder numbers in a much more offensive era at the end of the decade, but also played for teams that missed regionals in his final two years, depriving him of the chance to leave a postseason legacy. Newman’s Wildcats reached the CWS Finals in 2016, but Mejia’s Cats won it all in 2012, when he earned second-team All-America honors. A true defensive wizard whose defense and energy were his calling cards, Mejia also hit .339 in his three-year career, highlighted by a .357/.392/.478 campaign as a junior.

For three outstanding seasons, Conforto hit for both average and power in the heart of the dead-offense era. He hit .349 with 13 homers to earn second-team All-America honors as a freshman in 2012, then smacked another 11 long balls while hitting .328 for OSU’s 2013 Omaha team. He then led the Pac-12 with a 1.051 OPS to earn first-team All-America honors as a junior in 2014.

After playing sparingly as a freshman, Larnach blossomed into a key regular for an Omaha team as a sophomore, when he hit a respectable .303/.421/.429. But he took the leap to first-team All-American as a junior, hitting .348/.463/.652 with 19 homers and 77 RBIs. His standout performance in Omaha (.417 with seven extra-base hits and nine RBIs in 36 at-bats) helped Oregon State win the national title and cemented Larnach’s place on this list.

Like Mejia, Refsnyder was a steady hitter for three years at Arizona, but he cemented his place as one of the decade’s more memorable players as a junior, when he hit .364/.453/.562 with 19 doubles and 66 RBIs. He also earned CWS Most Outstanding Player honors after hitting .476 with two homers during Arizona’s unbeaten run to the national title. 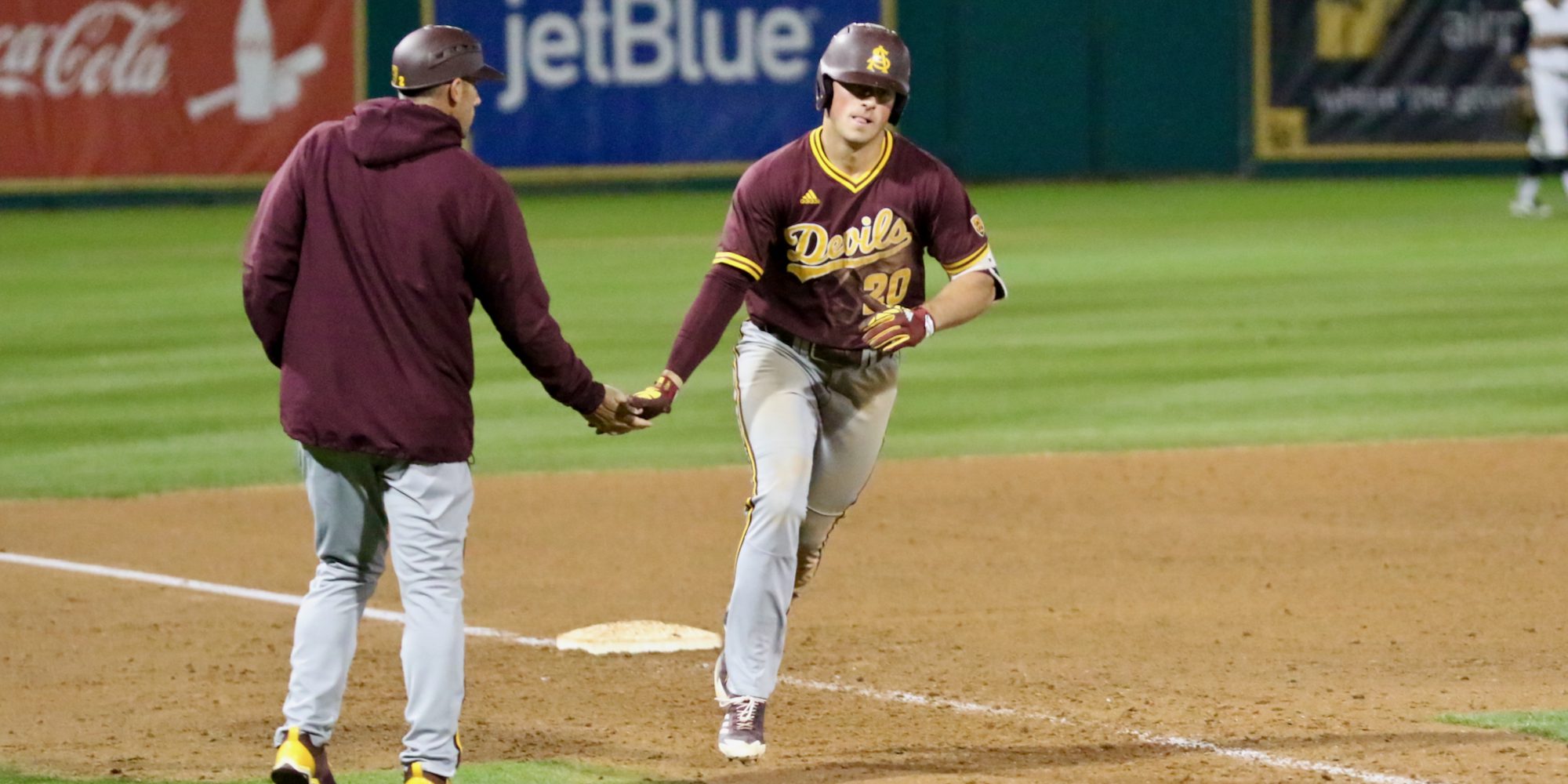 Torkelson only got to play two seasons in the teens — he’ll get a chance to add to his already-remarkable numbers as a junior in 2020 — and yet he ranks second among all Pac-12 hitters in home runs for the decade, just two behind Vaughn (who hit 50 in three years). Torkelson led Division I with 25 home runs while posting a 1.183 OPS as a freshman, then nearly replicated those numbers as a sophomore, smashing 23 homers and posting a 1.153 OPS.

Dalbec was an impact two-way player in all three of his seasons in Tucson. He made his biggest contribution as a reliever during his freshman year, posting a 2.13 ERA in 38 innings. Then he became a fearsome slugger as a sophomore, leading the Pac-12 in homers (15) and ranking second in OPS (1.011) in 2015, while also posting a 3.21 ERA in 61.2 innings. He slumped a bit offensively as a junior but still hit seven homers and 14 doubles — and his prowess on the mound (11-5, 2.65 in 95 innings) was a major driving force behind Arizona’s run to the CWS Finals that spring.

In the two seasons Bauer played in the teens, he made about as much of an impact on college baseball as any player could. First he went 12-3, 3.02 and led the nation with 165 strikeouts as a sophomore in 2010, when he helped lead UCLA to the CWS Finals. Then he put up one of the greatest individual seasons of any pitcher in the 21st century as a junior, going 13-2, 1.25 with 203 strikeouts and 36 walks in 136.2 innings to win the Golden Spikes Award. He also threw 10 complete games and three shutouts in 16 starts that season. 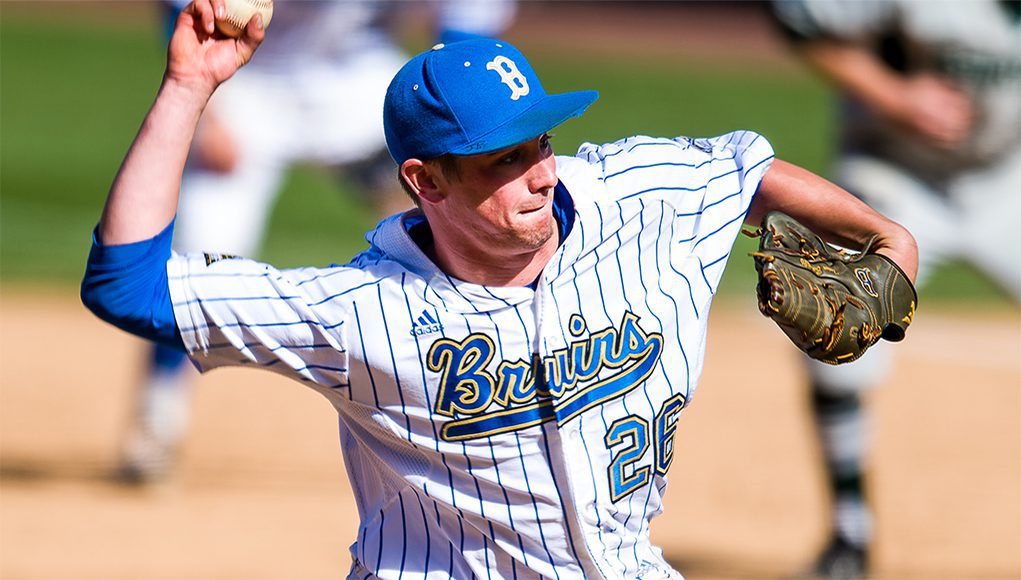 A remarkably rubber-armed sidewinder, Berg can stake a legitimate claim for the mantle of best closer in the history of college baseball. No reliever had ever won Pac-12 Pitcher of the Year honors, but Berg did it twice (2013 and 2015), while also earning all-conference honors four years in a row. He finished his four-year career as the NCAA’s record holder for career appearances (175) and single-season saves (24 in 2013), and he holds school records for career saves (49) and ERA (1.11 over 266.2 innings). Those numbers are mind-boggling enough; then consider the fact that Berg finished all five of UCLA’s games in Omaha during its 2013 title run, posting a 1.35 ERA in 6.2 innings.

Rallings anchored Washington’s bullpen for three straight years from 2014-16, finishing his career with 31 saves and a 1.82 ERA in 193 appearances. He was a super-dependable and unflappable rock at the end of games, but his value was enhanced by his ability to shoulder heavy workloads. He logged 71.2 innings and posted a 2.01 ERA as a junior, then earned first-team All-America honors as a senior by logging 16 saves and posting a 0.89 ERA in 61 innings.

This one’s a dead heat between Savage and Oregon State’s Pat Casey, but we’re giving the nod to Savage because OSU was already established as a championship-level program before the decade began. But this was the decade Savage transformed UCLA from a sleeping giant into a bona fide superpower. He did it by following a pitching-and-defense formula year after year, cementing a reputation as one of the best arm developers in the country. Savage is also one of the most universally liked and respected figures in college baseball; he built the UCLA machine with the utmost class, with never a whiff of controversy.

Program of the Decade: UCLA and Oregon State

Any way you slice it, this category is a push. Oregon State went to one more regional in the teens (nine vs. eight), but UCLA won four Pac-12 titles to OSU’s three. Both programs won four regionals, both went to Omaha three times, both won one national championship. Oregon State also had that ridiculous 56-6 campaign in 2017 that ended in the national semifinals, but UCLA had a national runner-up finish in 2010. Add it all up, and it’s as even as it could be.

The 2017 Beavers had the best regular season in Pac-12 history, going 27-3 in conference play en route to a gaudy 55-6 overall record, but they weren’t able to cement their status as a legendary team in Omaha, where they lost in the national semifinals. A year later, the 2018 Beavers finished the deal, getting back to Omaha and winning it all. The ’18 club didn’t win the Pac-12, going 20-9 to finish in second place, but it was a buzzsaw in the postseason and finished 55-12-1 overall. It was also a supremely talented club, with three first-round picks (Madrigal, Larnach and Cadyn Grenier) in the 2018 plus another player who would go in the first round a year later (Rutschman).