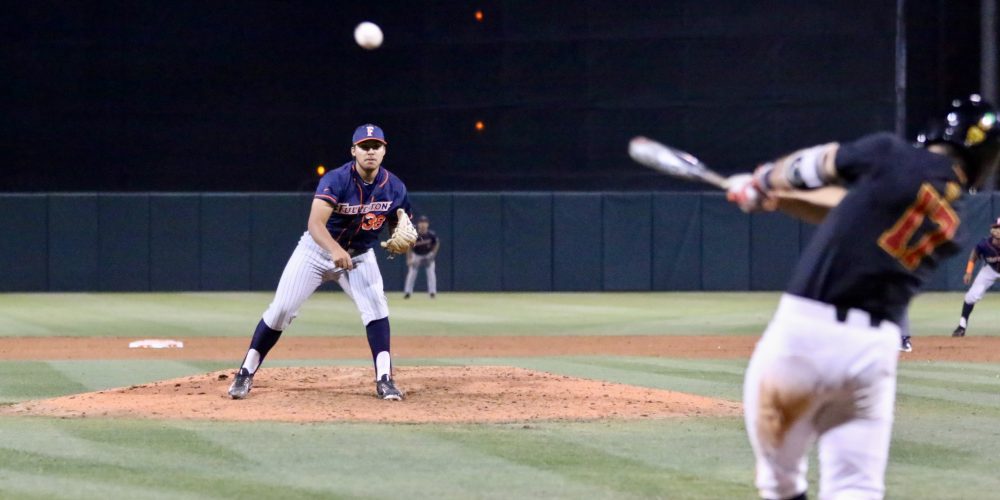 “I didn’t think I’d ever get to face him,” Rios said. “When I was walking up to the plate, I saw his name get called and I was excited.”

Needing one out to end the eighth inning, out of the Cal State Fullerton bullpen trotted freshman right-hander Josh Rios, setting up a fraternal duel between the Rios sons for the first time on the diamond in a competitive setting.

Josh’s first pitch was a fastball just above the knees down the middle. Frankie regrettably watched the pitch go by.

“I was like, ‘Ahhh..I might not get another pitch to hit.’ But I worked the count a little bit. He made a little mistake and [I] got a good piece on the ball. It was unreal.”