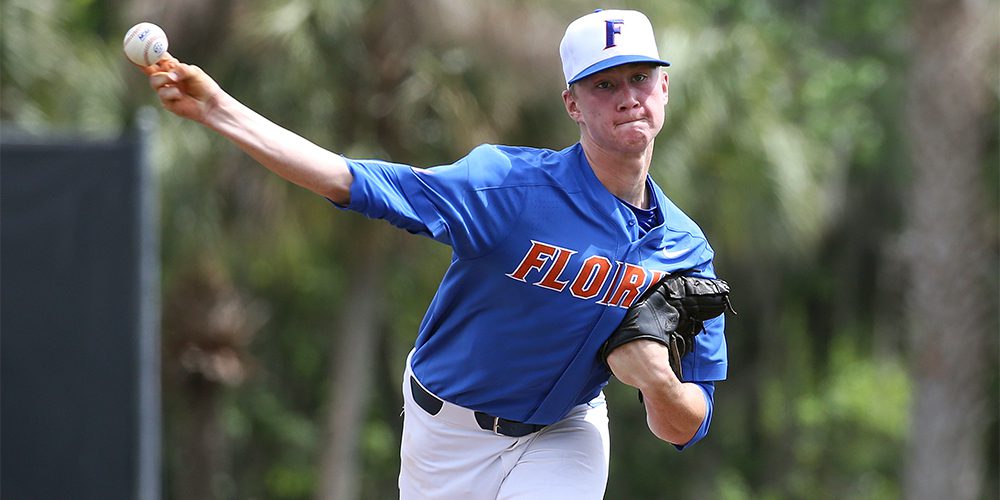 Initially, as we looked at this matchup on the calendar a few weeks back, it looked like we were going to get a battle between Alex Faedo and Kyle Wright in the opener of this series. Instead, since Vanderbilt’s Wright has been pushed back a spot in the rotation, we have to “settle” for his showdown against Florida sensational sophomore righty Brady Singer. Singer has shown electric stuff all spring and could be a candidate for the number one overall pick in next year’s draft. Look for his fastball to work in the 92-96 mph range with arguably the most movement and life of any heater in the country. He can put hitters away with a lights out, plus slider, which he’s located very well this spring. The story remains the same for junior righty Kyle Wright, who has shown an explosive 92-97 mph fastball and a three pitch mix, but he has made consistent location mistakes. He has top five overall pick type of stuff, and he’ll have another opportunity to turn the corner in this big matchup.