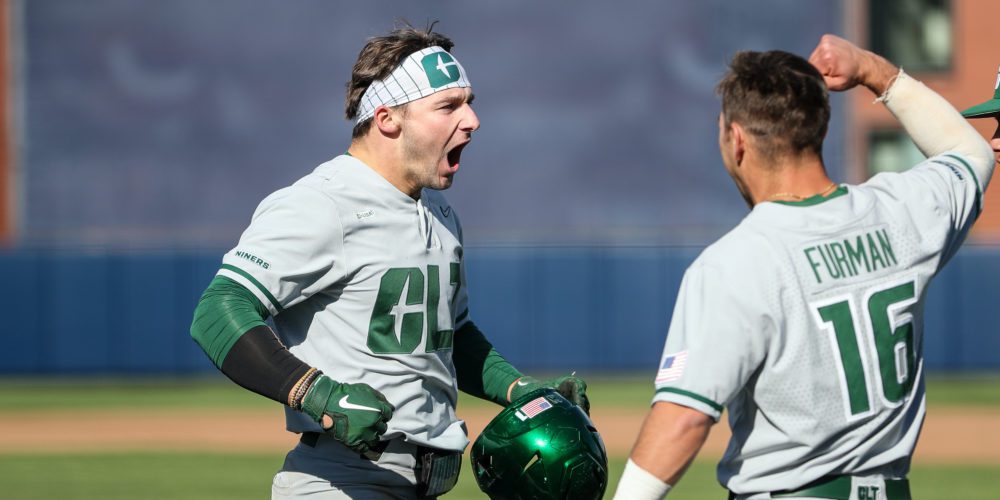 Cam Fisher hit his second HR in as many days as Charlotte put up double-digit runs again. (Shotgun Spratling)

NORFOLK, Va. —  Talk to Charlotte head coach Robert Woodard for 15 minutes and he’ll have you convinced the 49ers could become the next mid-major powerhouse. He describes the attention to detail the coaching staff spent on designing the team’s uniforms following a school rebrand. He discusses the program’s investment in analytics and technology. He talks about recruiting transfers that fit a certain mold that almost always includes specific shoulders — ones that carry a chip on them with intent to prove themselves to any doubter.

But maybe you take the conversation as a salesman’s pitch. After all, part of[…]