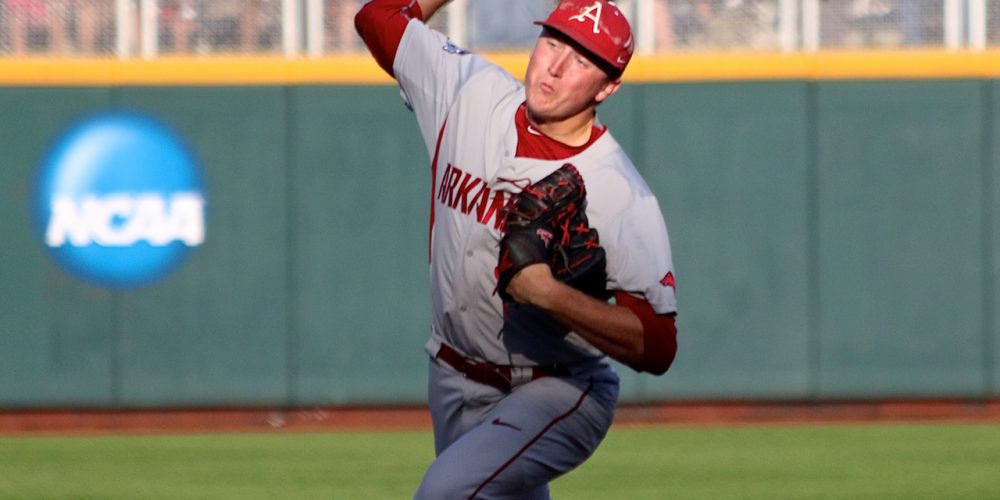 Here’s a look at some of the prospects that scouts are talking about after week two of the college baseball season.

• Zach Jackson (2016, Arkansas) was all that any high-ranking scout could talk about this weekend when asked about players who stood out across the nation. Jackson was explosive out of the bullpen, attacking the edges of the plate with a 93-96 mph fastball. He pitched down in the zone and his life stood out to scouts in attendance. He showed his trademark hammer, plus curveball and consistently missed bats with it. But the talk was mostly about his diving 88-89 mph changeup after his Friday outing. This type of arm showing a three-pitch mix out of the bullpen could put him in the driver’s seat as the fast track reliever of choice in the first-round picture this June.