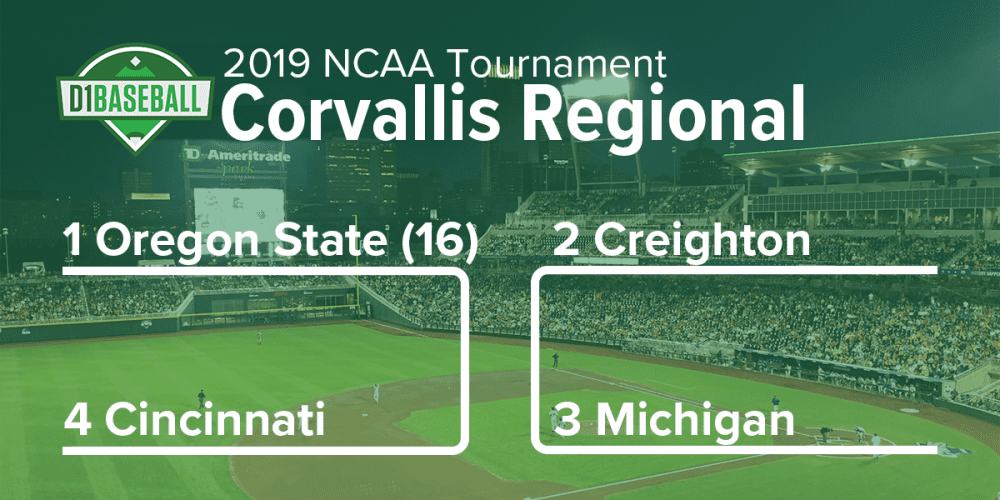 Oregon State looks to defend its national crown this weekend as it hosts Creighton, Michigan and Cincinnati at Goss Stadium.

Head coach Erik Bakich stated before the season that the only player he can compare Nwogu to is Bo Jackson. That’s some heady praise for sure. Nwogu has played at a high level all season, hitting .338 with 10 home runs and 40 runs batted in. He also has 15 stolen bases on the season. A freakish athlete at 6’4, 235. I hope to see him make a running catch and run up the wall like Bo himself.

You could pretty much label this dude as “Best Everything” for this Regional. The expected 1-1 draftee has everything you want in a future Hall of Fame baseball player. Offensively his numbers didn’t dip this year and when he was eventually pitched to, he made people pay hitting .419 with 17 home runs and a stunning 73 walks on the season. His on-base percentage was a mind-blowing .580.

When healthy, Thomas is not only a topflight infielder, but he is potentially also an Energizer Bunny for the Wolverine offense. He has committed just eight errors and has 139 assists on the season. He teams with Jack Blomgren to form one of the better double-play duos in the field of 64.

There are a lot of really good arms in this Regional but Henry improved his stock from a year ago and the coaching staff expects him to be a top five round draft pick next week. Henry increased his strikeout total from 77 a year ago to 104 so far this season.

Sir Rutschman is going to be a busy Beaver behind the dish this weekend (sorry for the bad pun). Creighton was second in the Big East with 60 stolen bases this season, Michigan was first in the Big 10 with 88 and Cincy was second in the AAC with 87. The Beavers allowed just 19 stolen bases all season. But still look for a lot of pressure from opposing baserunners this weekend in Corvallis.

If you remember last June in Omaha, it wasn’t the starters that did all the clamping down of opponents on their championship run, it was the bullpen. Well most of those arms are back this season, led by All American Jake Mulholland (who has eight saves this season) (1-0, 1.40) and Dylan Pearce (7-3, 3.59).

It’s almost like clockwork each season, the Bluejays are one of the top defensive teams in the country and this year is no exception. Led by an uber-experienced infield of gloves like shortstop Jack Strunc and second baseman Isaac Collins, the Bluejays fielded at .982 this season. It should be noted that OSU and UMich aren’t far behind at .978 and .974 respectively. 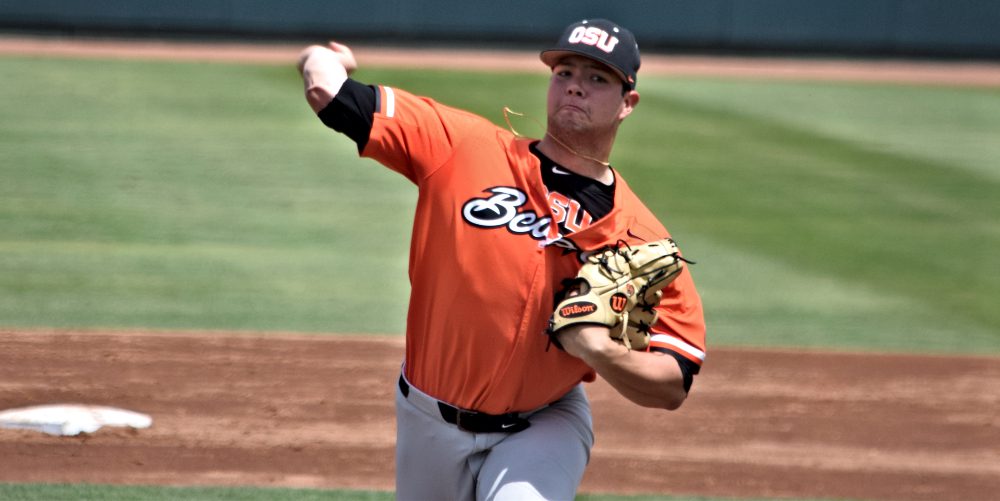 Obviously, defending their national crown is top of mind for the Beavers and it starts this weekend at home once again. But unlike the last few years they did not get a top eight seeding, so it is likely they will have to go on the road next weekend if UCLA wins its Regional, as expected.