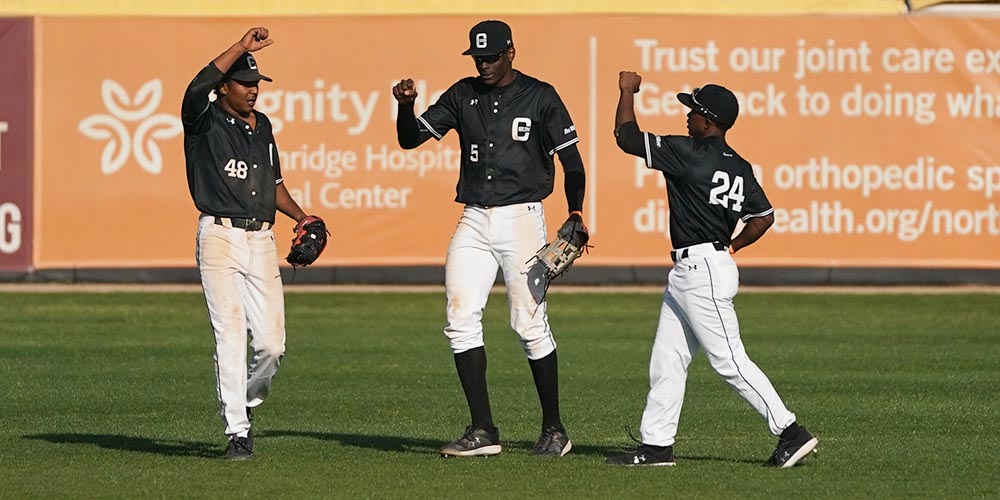 The CSUN Matador outfield celebrate a football-like win over Cal Poly in their first game of the season.

NORTHRIDGE, Calif. — I’ve been here before.

Cal State Northridge went all 90s style, old school gorilla ball on a Cal Poly team that also had some gorilla ball moments in a 13-10 win over the Mustangs today.

And what did it remind me of? That famous, nay infamous, Northridge-Fresno game from March 2nd, 1996 where the Matadors, behind Robert Fick, Eric Gillespie and Adam Kennedy, hit an NCAA[…]