A player’s draft stock is often very fluid, and even very late in the process, new names seem to emerge on a weekly basis leading up to the big day in June. Each week leading up to draft day, we’ll take an up-close look at some of the players that the scouting community is buzzing about, players that have seen their stock take a hit, or names that top-ranking scouts are scrambling to get a look at as the clock winds down.

Here’s the latest batch of players that are making waves in recent days on the scouting trail: 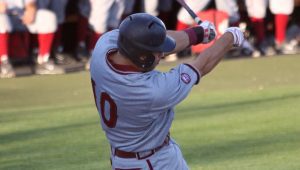 – Even if the 2015 draft is remembered as a less than stellar crop, it will still be remembered as the year of the shortstop. And, with a stellar first half of the spring already under his belt, Santa Clara shortstop Jose Vizcaino Jr. has found himself climbing draft boards in a hurry in recent weeks. Through his first 29 games, Vizcaino is hitting .351 with six home runs and seven stolen bases. He’s impressed scouts with his above average bat speed and overall athleticism, proving he can play a premium position at the next level. Vizcaino is now being looked at as a potential top three round type selection.