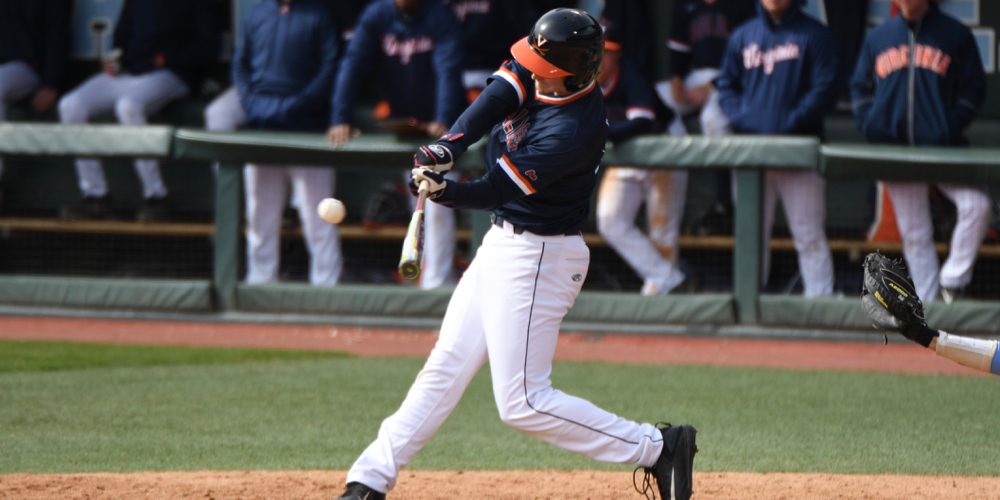 With the 2017 MLB Draft rapidly approaching, it’s time to take a closer, more targeted look at the talent that makes up this year’s crop. We’ve ranked college players among their peers, up against high school players, and we’ll continue to have updated overall rankings as the draft approaches. But, how do these top prospects stack up in more specific tool categories? As part of our countdown to the draft, we’ll be ranking the best players in categories like “best power”, or “best fastballs”, and in this latest installment, we are stacking up the best pure hitters in college baseball. This list is geared toward ranking the college hitters with the best pure “hit tool” on the scouting scale MLB scouts use to analyze these players for the upcoming draft.

We’ve compiled this list by polling scouts and coaches from across the country. Terms like “pure hitter”, of course, can be very subjective so interpreting who the top ones are was no easy task. This is not a projected order of how we believe these players will be selected on draft day, but an estimation of the hitters who are receiving the best hit tool grades from scouts.

It’s hard to make a case against a player that has fewer strikeouts than home runs for the top spot. Pavin Smith is college baseball’s best pure hitter, however, regardless of the ten home runs and improved overall power he’s shown this spring. That power stroke is separate from his highly advanced hit tool. Even prior to the power fully blossoming in his game, Smith’s lefty stroke was arguably the smoothest in the country. If he falls behind in the count, he can adjust his approach and slash the ball to all fields. He can lean out over the plate and flip an off-speed pitch into left field or still have enough quickness in his hands to react and drive a ball over the inner half. There is simply not a consistent way for pitchers to get him out. He doesn’t chase often and his bat stays in the zone for so long that it is extremely difficult to get him to swing and miss. You won’t find many more rounded hitters than Pavin Smith. The hit tool is the most prominent reason he’s likely going off the board in the first ten picks when June rolls around.