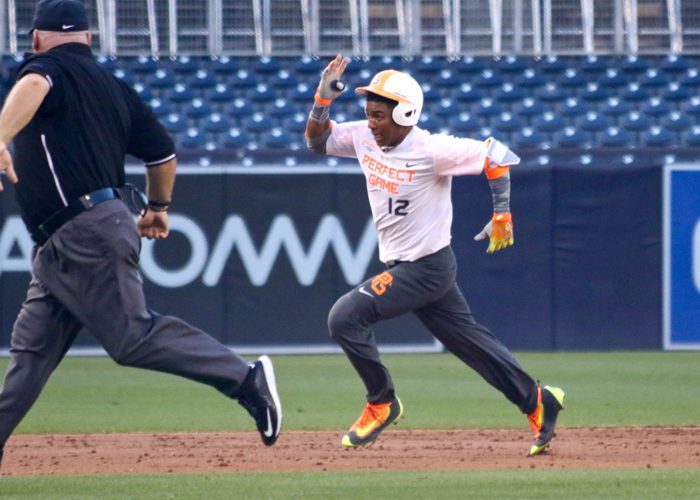 South Carolina commit Brandon McIlwain fixes his helmet as he races for a triple. (Shotgun Spratling)

D1 Baseball Staff - December 17, 2015 South Carolina had a tough 2015 campaign on the football field and the baseball team might not have met full expectations this past spring, either, but the Gamecocks received at least some good news in this calendar year as dual-sport star Brandon McIlwain from Newton, Pa. (Council Rock North) announced on Twitter that he would forego the Major League Baseball draft to enroll early and join the Gamecocks. The addition of McIlwain clearly is big news for the Gamecocks. As a football player and quarterback, 247Sports.com ranks McIlwain as the nation’s No. 171 prospect overall with many big-time offers. However,[…]