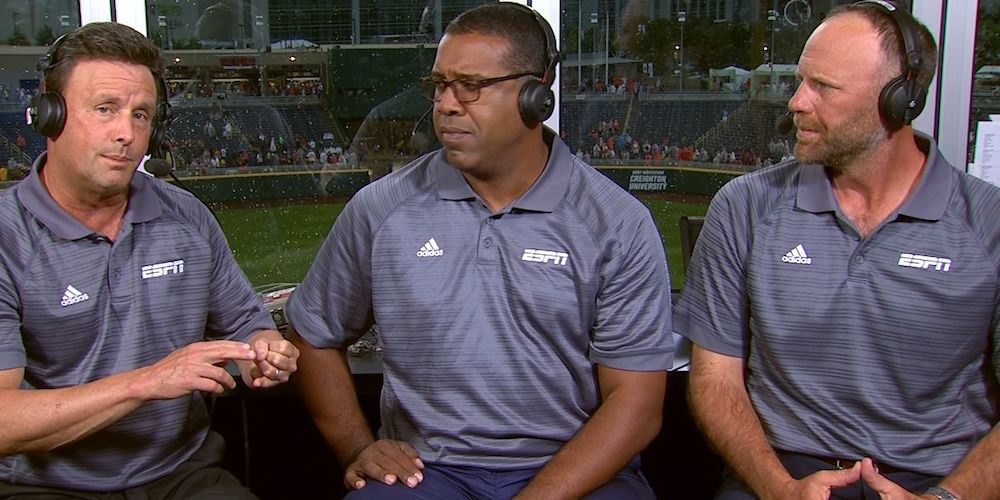 NCAA baseball returns for the 2022 season with a full slate of action across ESPN networks throughout the spring. ESPN’s expansive programming will cover more than 200 games across television networks, with an additional 2,000+ games on digital platforms. The television lineup features 21 of the top-25 preseason ranked teams while the combined television and digital schedules will highlight 20 conferences.

ESPN’s coverage will also spotlight the celebration of the 75th anniversary of Jackie Robinson breaking the color barrier on April 15. Five games across four networks are slated for the day culminating with No. 6 Stanford vs. UCLA at Jackie Robinson Stadium in Los Angeles (10 p.m. ET, ESPN2).

ESPN will continue its exclusive coverage into the postseason marking its 19th consecutive year covering the NCAA Division I Men’s College World Series Presented by Capital One (MCWS). The 2022 MCWS will have an updated format with competition beginning on Friday, June 17 and the best-of-three finals starting Saturday, June 25 at Charles Schwab Field Omaha in Omaha, Neb.

SEC Network continues its longstanding tradition of spotlighting baseball with nearly 75 regular-season games. All games for the 2022 SEC Baseball Tournament will air on SEC Network and ESPN2, with surrounding coverage on SECNetwork.com. Four of the nation’s top-5 teams in the preseason rankings (and eight of the top-25) are from the SEC, including defending national champion Mississippi State (No. 4). More details are available here.

ACC Network (ACCN), the 24/7 national platform dedicated to ACC sports, will offer an expansive schedule of ACC baseball games for the 2022 season with 57 games, including more than 28 conference matchups, beginning Friday, Feb. 25. ACCN will exclusively feature the semifinals of the ACC Baseball Championship while the title game will air on ESPN2. The ACC features six teams in the preseason top-25. More details are available here.

Longhorn Network, the home of Texas baseball, will carry nearly every home game of the 2022 regular season, totaling 28 games this year as the Longhorns enter the season as the nation’s No.1 team. More details available here.

Additional college baseball updates will be forthcoming, and the schedule is subject to change. Please continue to check @ESPNPR and ESPN Press Room for more information.