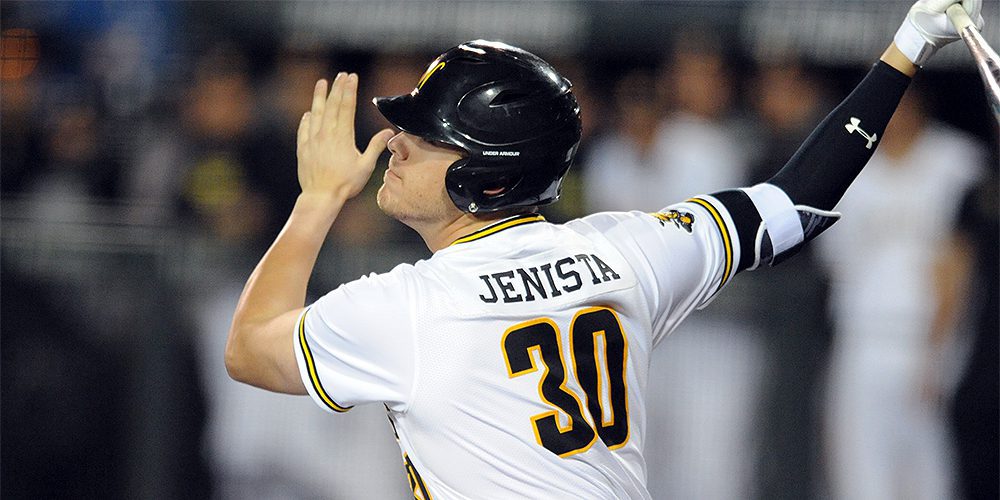 Greyson Jenista has massive upside at the next level. (Wichita State)

Etheridge: Sizing Up The RPI

We’re nearing the month of April, which means Selection Day is less than two months away. Several conferences are a couple of weeks into league play, so we are beginning to get an idea on who might be the contenders for host slots. It is early but there are some story lines emerging.

Keep in mind there is a change this season as the number one seeds will be seeded 1-through-16 as opposed to 1-through-8 and then by matchup. This may eliminate some of the annual pairings based on proximity.

As we look at the candidates for those top 16 seeds, there are plenty of familiar programs in position to once again earn a home regional. But like most seasons, there a few clubs that have put themselves in a nice spot to this point.

• The first surprise club that meets that criteria is Wichita State. At one time, the Shockers seemed to host each season but they have not played at home for a regional since 2007. At 18-4 with a #7 RPI, Todd Butler’s squad is off to a great start and have the ballpark and location to be an attractive host. Another Midwest club, Creighton, is also a candidate thanks to a top 12 RPI. The Blue Jays are 13-6 overall and are buoyed by a 10-3 road record. Obviously, a home regional at T.D. Ameritrade Park in Omaha would be an attractive novelty. Indiana State (14-5, #23) with its 9-4 road record is another Midwest club to keep an eye on. Illinois (15-5, #34) could also become a factor, especially should it win the Big Ten.