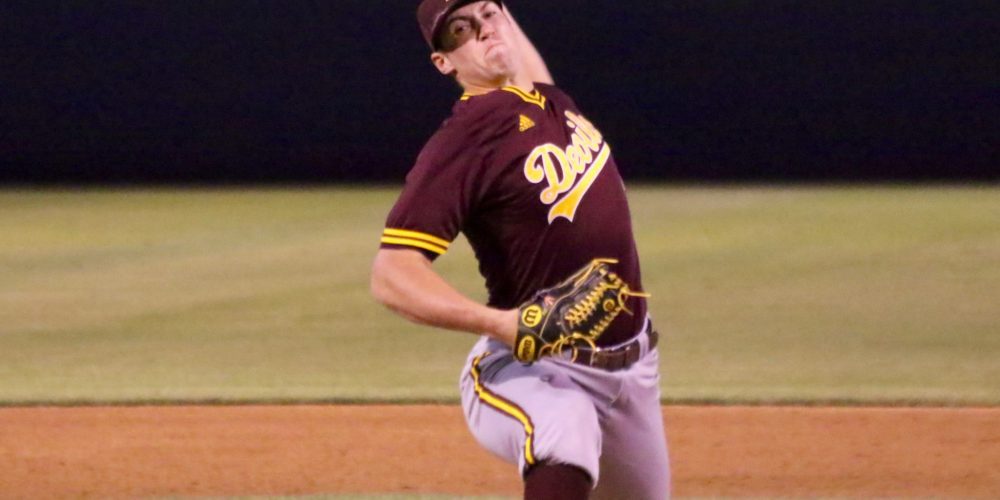 Arizona State head coach Tracy Smith is a man with many opinions. So, naturally, when we asked him about how the Sun Devils were progressing this fall, the third-year head coach had an in-depth answer filled with a mixed bag of results.

Smith and the Sun Devils hope to build off the past couple of seasons. In Smith’s first year, they went 35-23, 18-12 in the Pac 12 and earned a trip to the NCAA postseason. Then, last year, the Devils went 36-23 overall and finished in a three-way tie for third place in the Pac 12. Again, they ended the year with a postseason appearance.

But for Smith and a place like ASU, just getting to the postseason isn’t enough. The Sun Devils expect to compete for an opportunity to reach the College World Series, and Smith hopes this team, which has plenty of talent, can put all the pieces together between now and the spring.

“I think the ingredients are here, but there are so many positions to be had and everyone is still trying to position themselves to be a starter,” Smith said. “Within that, you have our guys in inherit survival mode out there. They’re trying to become that guy. What’s not happening now is our guys coming together as a team.

“Eventually we will be to a point where we can settle into what we’re going to be as a team, but we haven’t had that luxury just yet,” he said. “We haven’t had our potential starting lineup out there all fall because of injuries and competition. Hopefully we can get a good look at that by the time the season starts.”

The Sun Devils got their first taste of competition earlier this week with a rough performance against Central Arizona CC. However, Smith admitted that he threw a lot of pitchers and the positions around the field were a little scattered. ASU gets another opportunity to put all the pieces together as a team in a few weeks during its winter trip to the Dominican Republic. There, the Sun Devils hope to have some potential key cogs healthy, including Jackson Willeford and Jeremy McCuin, among others.

“I hope we have some more answers when we come back from the Dominican, but right now, most of our guys are about the same in the pecking order,” he said. “What we’re looking for there is just the mentality piece of things. We want to see guys in competition and we want to see which pitchers go in there and aren’t afraid to inherit runners.”

While the pitching staff is a question mark with no bonafide ace returning, the positional battles of most importance are at shortstop and catcher with the departures of Colby Woodmansee and Brian Serven. Woodmansee was a talented defender who finished last season with eight homers, while Serven was a very strong backstop who had a quality year at the plate. Though shortstop continues to be a hotly contested battle, the Devils appear to have their guy behind the plate.

Arizona State has a lot of questions to answer between now and February. That much is certain. But there’s enough talent there to make some noise in the Pac-12, granted all the pieces come together both positionally and from a chemistry standpoint.

Let’s take an inside look at the Sun Devils with scoop and much more.