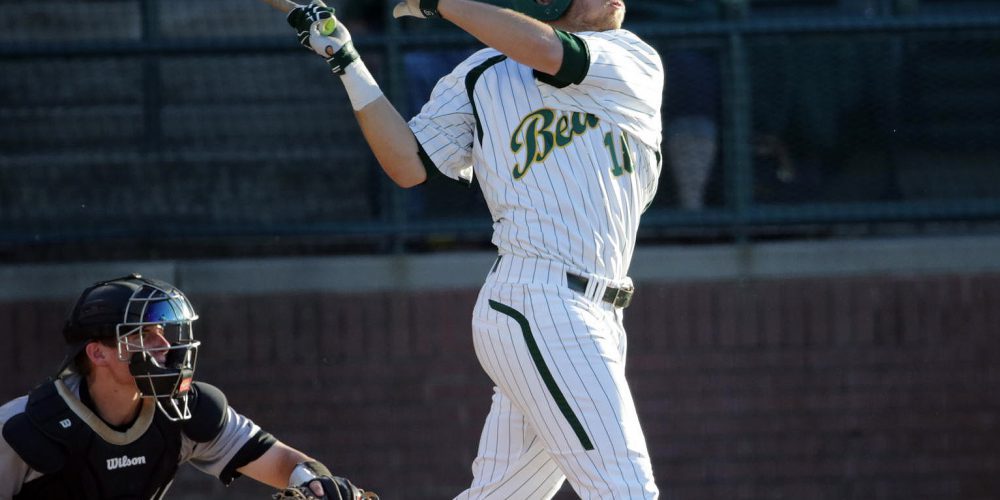 Kameron Esthay is one of many key returnees for the Bears. (BU photo)

Second-year head coach Steve Rodriguez went to Baylor two summers ago with the intention of turning the program into the national power it once was.

That goal certainly didn’t come to fruition in Rodriguez’s first season with the program, as the Bears went 24-29 overall and finished sixth in the Big 12 Conference standings at 10-14. However, as another fall under the new regime concludes, he’s cautiously optimistic that a change for the better is on the way in 2017.

“I think cautiously optimistic is a great way to look at our situation,” Rodriguez said. “We’ve got 18 new players and we talked to a lot of our older guys at the end of the fall to get a gauge for what they were thinking. Just from listening to them and seeing what they had to say, the atmosphere and chemistry of the fall seemed to be good. This team seemed to mesh well together. But from a talent perspective, we’re not going to completely know what we have until we put on a jersey and play another team in the spring.”

While the Bears should have more talent with a plethora of newcomers, the most important aspect of this team that must improve between now and the spring is overall consistency. Last season, the Bears had a chance to make some waves at times. However, the weekend rotation was iffy at times with each starting pitcher having an earned-run average over four, while the offense finished the year with just a .274 batting average and limited power production. To put that into greater detail, BU finished the 2016 campaign ranked 156th nationally in doubles and 119th in homers.

“I would say if we could even improve 10-percent [offensively], we’re going to be just fine,” Rodriguez said. “On paper, you look at it and go yeah there’s probably more talent, but it’s hard to say until we’re out there playing other competition. I do like the fact we have some older, experienced guys back in the lineup and I do think we brought some talented hitters in.

“I think every coach would think this way, but you want your younger players to be more mature and talented sooner rather than later,” he continued. “I hope there are a couple of freshmen that surprise us, and I hope the guys we have back that are supposed to be guys for us will take care of business. There will be some bumps and bruises along the way, but I’m excited about what we have.”

Baylor, as with most teams this time of year, has some uncertainty. The good news, though? The Big 12 appears to be wide open outside of the top few teams. TCU, Texas Tech and Oklahoma State are safe bets to again have strong campaigns, while David Pierce and Texas could be a surprise. BU, too, could be part of that equation.

It’s time to take an in-depth look at Baylor this fall with plenty of scoop on the Bears.