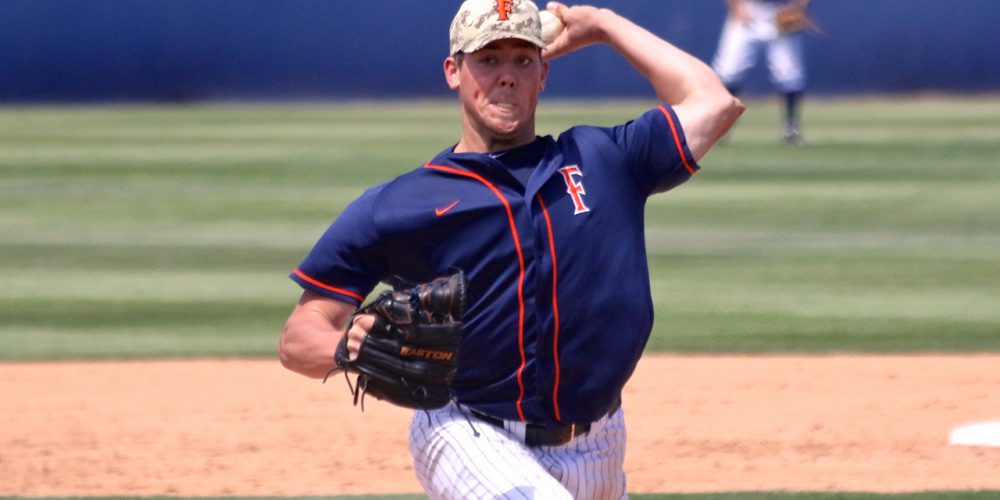 If you’re Cal State Fullerton, you look at your won-loss mark of the last 40 years, then you look at the landscape of college baseball and scoff. You’ve seen it all.

If that pattern holds true, the Titans could be primed for another national title at some point in the next few years. The 70s, 80s, 90s and 2000s have seen the Titans snag the big brass ring. Now the 20-teens? Well, head coach Rick Vanderhook isn’t quite ready to say they can pull off the trick this year. But he is very encouraged by what he saw from his charges in the fall camp and is not going to put a ceiling on what they can accomplish this spring.

“We’re pretty old,” he deadpanned. “And we haven’t had that in a long time. We’ve got a lot of seniors we call our ‘Gray Haired Crew.’ A lot of guys who did just enough to get us to the College World Series last year are back again this year.”