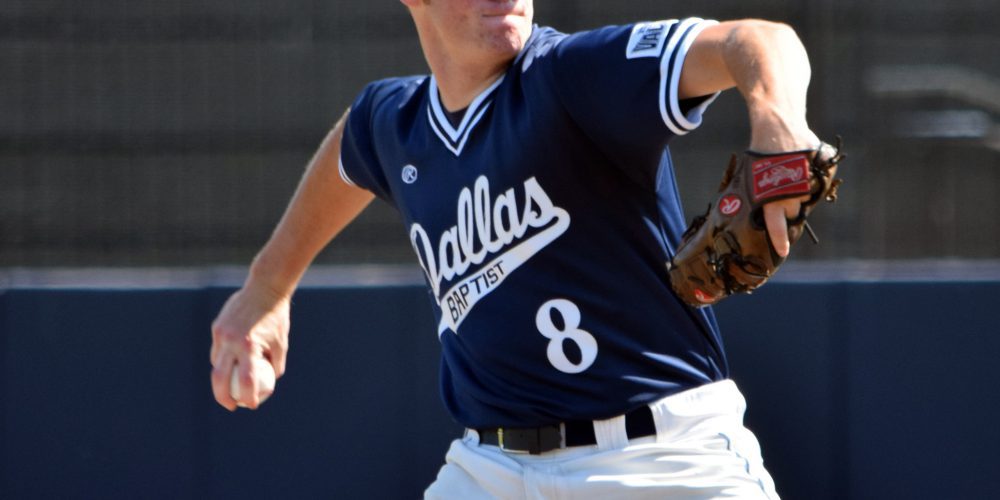 Dallas Baptist welcomes back Dalton Higgins and a crop of key cogs.

DALLAS — Dallas Baptist coach Dan Heefner doesn’t even try to hide his excitement about the team he has this fall. And upon further review, who can blame him?

The Patriots have established themselves as one of the nation’s most consistent programs, especially as a designated “mid-major”. DBU first made a strong impression back in 2011 with a super regional appearance, and has since reached the NCAA tournament four of the last five seasons, including last year’s trip to the Lubbock Regional, and of course, the 2015 postseason, which ended with a 46-win campaign. That year, the Patriots had two of college baseball’s elite relievers in Chance Adams and Brandon Koch. And though Heefner isn’t yet ready to call this year’s bullpen an upgrade over that two-headed monster-led bullpen, it has earned some comparisons with the way fall workouts has progressed.

That development, along with the return of several talented starting pitchers and position players, has Heefner and his coaching staff thinking bigger than ever with fall workouts winding down.

“We’re pretty optimistic about this team. We’ve got some pretty good balance and number of returning guys with a lot of experience,” Heefner said. “We’ve got experience both positionally and on the mound, and we’ve got a nice number of key leaders who have been here a few years.

“Just when we compare this team to the last few years, they are very comparable,” he continued. “We’re pretty excited about the pitching staff we’re putting together. This isn’t something we want to throw out there lightly, but this group could comparable to that 2015 bullpen,” he continued. “That’s really the strength of this team right now. We’ve got several guys on the back-end of the bullpen who can come in and really shut things down, and that’s a real luxury to have.”

To praise the bullpen and other aspects of this team isn’t to say the Patriots are void of holes. For instance, two-way star Darick Hall somewhat surprised the coaching staff when he signed this past summer, while Colin Poche is gone out of the weekend rotation. The silver lining here? The Pats got back leader and lineup spark plug Camden Duzenack, who once again will serve as a fire-starter near the top of the lineup.

There’s a ton of excitement for good reason around DBU, and we go inside its fall workouts like no other with a hefty amount of notes and scoop.