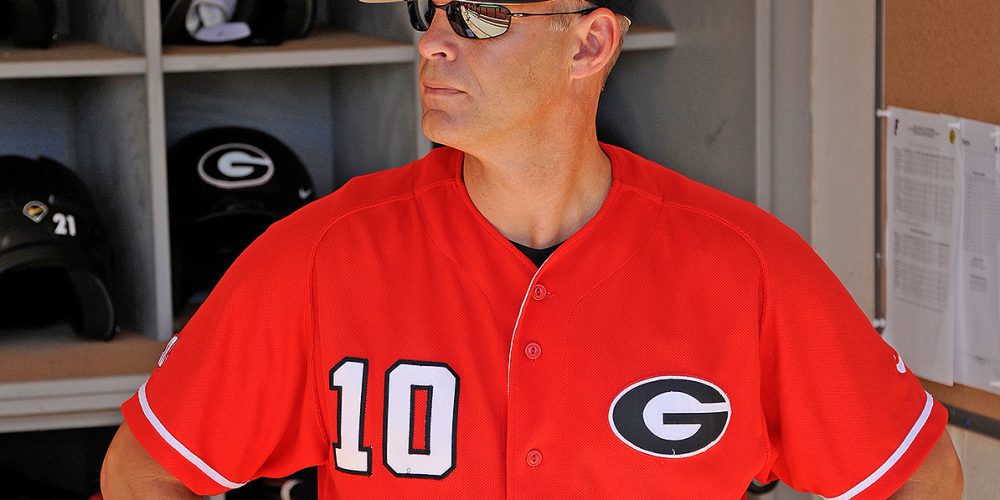 The Georgia Bulldogs lost their entire weekend rotation, including the 38th overall selection in the MLB Draft, Robert Tyler. The Bulldogs also lost more than half of their lineup.

Yet, Georgia head coach Scott Stricklin is confident he has a more talented team this season.

“We feel like our roster is a lot deeper,” Stricklin said. “We’ve got a lot more options at every position — on the mound, in the field, in the lineup.”

The newfound depth is a product of Georgia bringing in the No. 26 recruiting class in the nation — the best Stricklin has had since taking over in 2013 after leading Kent State to five regionals  and a trip to the College World Series in 2012.

“There’s no question that this is our best class. It’s obviously very talented. The thing that stands out is that it’s so deep at every position,” Stricklin said before rattling off how each of the position groups has improved. “Just from top to bottom, we’ve got 18 newcomers on our team. There’s a lot of turnover, a lot of new players in this program, but it’s really talented from top to bottom.”

That talent starts with shortstop Cam Shepherd, our No. 55 overall high school prospect for the 2016 MLB Draft. The slick-fielding Shepherd batted .500 as a senior in a tough division of Georgia high school baseball and could have been a top five round pick, but slid to the 29th round after telling teams of his intention to become a Bulldog.

Shepherd should make an instant impact at shortstop and will bat at the top or middle of the lineup from Day 1. Stricklin thinks he can be as good as any shortstop that has worn a Georgia uniform.

While Shepherd is the freshman the coaching staff is most excited about, infielder Aaron Schunk made the biggest impression in his first fall. He is battling for the third base position with sophomore Mitchell Webb, but has the upper hand heading into the spring after producing arguably the team’s best fall performance. Schunk has great range and is athletic enough to play shortstop should Shepherd get injured or need a day off.

Schunk has a power arm and could also see time on the mound depending on the workload his arm endures at third. He also has a power bat (20 HR in junior, senior years of high school) that could warrant a spot in the middle of the lineup, if he carries over his fall efforts. Webb can’t be written off. After struggling last season (.192, 3, 19), he also had a strong fall while battling with Schunk.

Along with Shepherd and Schunk, Will Proctor is another high school shortstop that could see time as a freshman. How quickly the Huntington Beach, Calif. native transitions to the college game could determine the rest of the infield. He is battling with sophomore LJ Talley (.230, 1, 25) at second base, but the coaches want Talley’s bat in the lineup.

“We think [Talley] is going to hit in the middle of the order. He’s just got a pure left-handed swing with gap power,” Stricklin said. “I think he’s going to develop and hit some home runs. I think he’s going to be a guy that gets some game-winning hits. He’s strong. He’s physical and has a chance to be a run producer for us.”