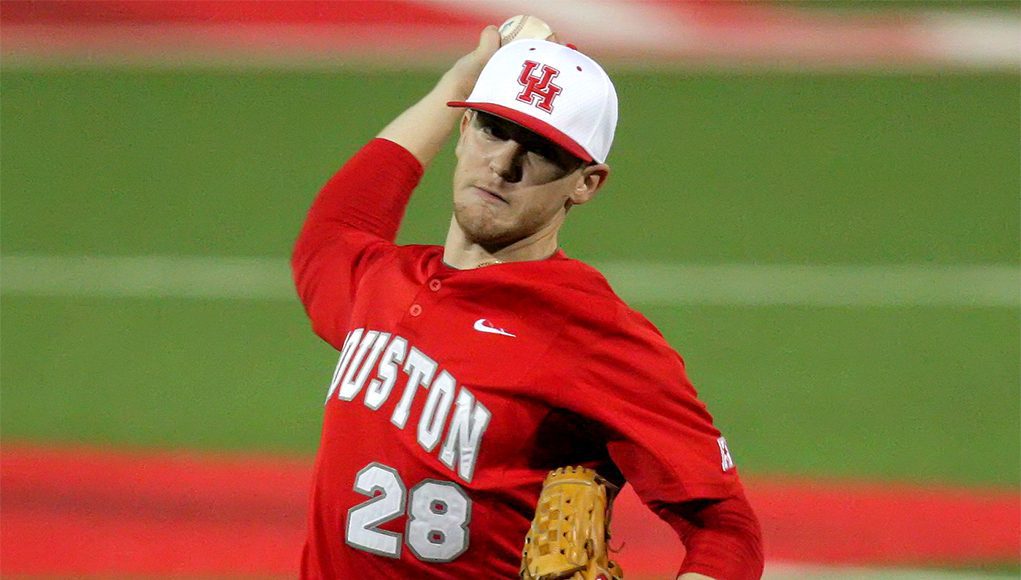 Bubba Maxwell returned to the mound during Houston's Red-White Series.

HOUSTON – You’ve officially built a special program when you consistently use the terms “reload” instead of “rebuild”.

That’s precisely the situation with the University of Houston Cougars as they continue fall workouts. Sure, the Cougars have some key cogs to replace from last year’s team, which finished the year with a 43-20 overall record and hosted an NCAA regional. Replacing the offensive trio of Kyle Survance, Ashford Fulmer and especially Chris Iriart, won’t be easy, but there are plenty of talented hitters back and waiting for their opportunity.