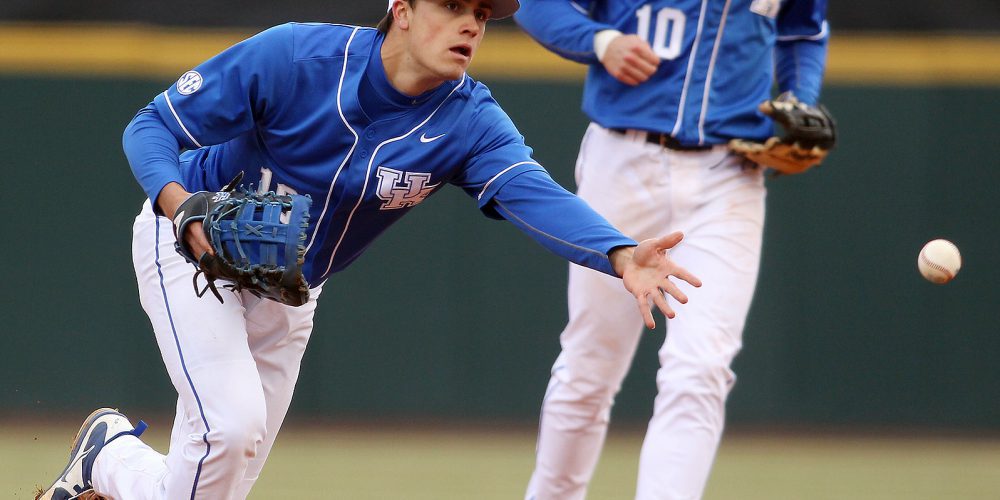 LEXINGTON, Ky. — Almost 11 years from the day he first stepped foot onto the University of Kentucky campus as an assistant under John Cohen, Nick Mingione became the head coach of the Wildcats.

Mingione, 38, was part of the only Kentucky team to ever win an SEC championship in 2006. After spending eight years as an assistant at Mississippi State with Cohen, Mingione has returned to Lexington to hopefully revive a program that leveled out under former coach Gary Henderson.

“I’m just so excited to be back to be the head baseball coach here,” Mingione said in July. “Because it was a dream of mine almost 11 years ago.”

It’s a dream come true for Mingione, but Kentucky looks far off from being the SEC title contender it was in his previous stint. The Wildcats must replace over 300 innings from their pitching staff and replace former All SEC infielder JaVon Shelby, this coming off a season where Kentucky faltered down the stretch and finished 32-25. However, Mingione liked the strides his team made this fall.

“Out of all the teams I’ve ever coached and been a part of this team has grown more than any other team,” Mingione said. “Not only have they learned, but (the coaches) have learned as well. It’s an entirely new coaching staff.

“This is not a deal where we have a previous coach from the previous staff. Everyday when they show up it’s something brand new. We’re trying to create a whole new culture here.”

Mingione’s most important hire during the offseason could be his best. Jimmy Belanger— a former pitcher at the University of Louisville — joined Kentucky’s staff in June after helping Maryland to two super regional appearances in the last three years.

The pitching staff is a question mark on paper, but Belanger is confident in the options he has.

“You lose 300-plus innings, but the cupboard isn’t bare here,” Belanger said. “We’ve got plenty of talented arms. We have a lot of guys that can help us.”