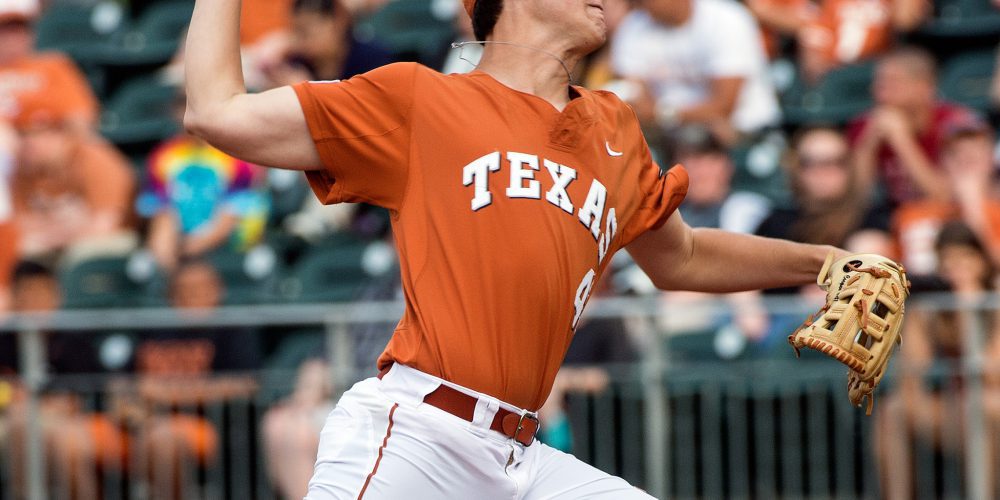 Morgan Cooper is having a strong fall for the Longhorns. (UT photo)

AUSTIN, Texas — There was a time not long ago when the Texas Longhorns were considered one of college baseball’s most clutch programs. Get the Longhorns in your regional or super regional pairings? Oh boy, it was going to be a headache deluxe.

New Longhorns coach David Pierce wants to reestablish that swagger at UFCU Disch-Falk Field. The ‘Horns have been anything but clutch the past few seasons, which led to the dismissal of long-time and legendary head coach Augie Garrido. UT wouldn’t have made the 2015 postseason until it stormed through the Big 12 tournament in magical fashion, while the 2016 season was a nightmare at times as the Longhorns finished with a 25-32 overall record, and of course, no postseason berth.

Once a culture where anything but a trip to the CWS Championship Series was considered a disappointment now must be cultivated again by Pierce and his coaching staff.

The Longhorns have plenty of holes as fall workouts continue and the ’17 campaign nears, but this isn’t some ultra difficult turnaround job. The pieces are there for Texas to make quite a swift change to its culture with the return of several premier arms, including fast-rising righthander Morgan Cooper, along with the return of some hitters that have big-time potential such as Patrick Mathis and Bret Boswell.

“The thing I’m most pleased with is that I really feel like we have good talent, and I feel like we’ve got guys who have given us great effort. And the attitude has been awesome,” Texas coach David Pierce said. “We have a lot of moving and interchangeable parts on this team, but that means we have options.

Without further ado, it’s time to take an in-depth look at the Longhorns with notes, scoop and much more.