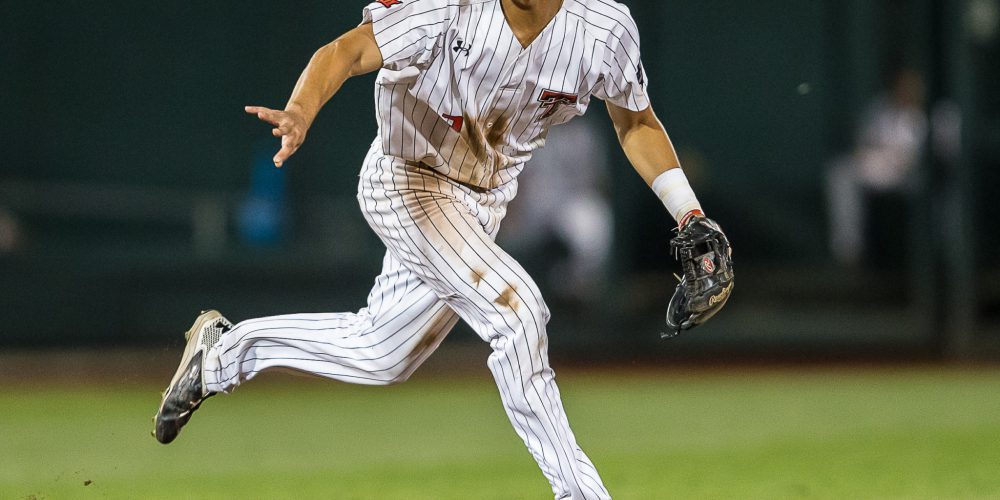 Sure, the Red Raiders get their fair share of highly touted prep talent inside the State of Texas and other states. However, year in and out they seem to have guys who come out of nowhere and evolve into premier players.

That happened again last season. On paper, the Red Raiders looked like a club with some questions to answer on the mound. However, young arms Davis Martin and Steven Gingery alleviated all concerns as the season progressed. Martin was one of the nation’s most consistent starting pitchers and Gingery, a talented lefthander, was a successful mainstay in the weekend rotation. The talented duo made 28 starts on a team that ended the season at the College World Series.

Now, a few months removed from the programs’ second CWS trip in three seasons, the Red Raiders have Martin, Gingery and a host of others back in the mix. And surprise, surprise, they also have some young, promising arms who rose to the occasion during fall workouts.

That development, among others, has head coach Tim Tadlock cautiously optimistic about what lies ahead.

“We feel good about where we are right now. We’re trying to plug in guys in difference places, and I know we have some guys to replace in the middle of the batting order. At the same time, I feel like we have some guys who can go in there and execute our plan well,” Tadlock said. “From a pitching standpoint, I think we have as much depth as we’ve ever had. Like last year, we have some freshmen arms who a lot of people don’t know about who had strong falls. We’ve got some good arms back, but I also feel like we have four or five younger arms who are right in line with those guys after fall workouts.”

While it would come as no surprise if the pitching staff performs at a high level in the spring, the biggest question marks are from a positional standpoint, where the Red Raiders must replace an elite collection of production and leadership with the departures of Cory Raley, Eric Gutierrez, Stephen Smith and Tyler Neslony. In addition to the leadership exhibited by that quartet, Tech also loses 39 homers and other forms of production.

“There’s definitely an effect of losing the guys we lost, though,” he continued. “There was just a presence with that group. Gutierrez, there was just a passion to play every day. He just loved playing baseball and those guys were hard-nosed.”

The overall feeling with this Texas Tech team is very positive at this juncture. The Red Raiders are loaded with talented arms, and now have some power arms to mix into the starting and bullpen rotations. Meanwhile, the offense is a work in progress, but frankly, won’t need to be overly explosive in 2017.

Here’s our inside look at Texas Tech this fall with a cornucopia of scoop and notes.