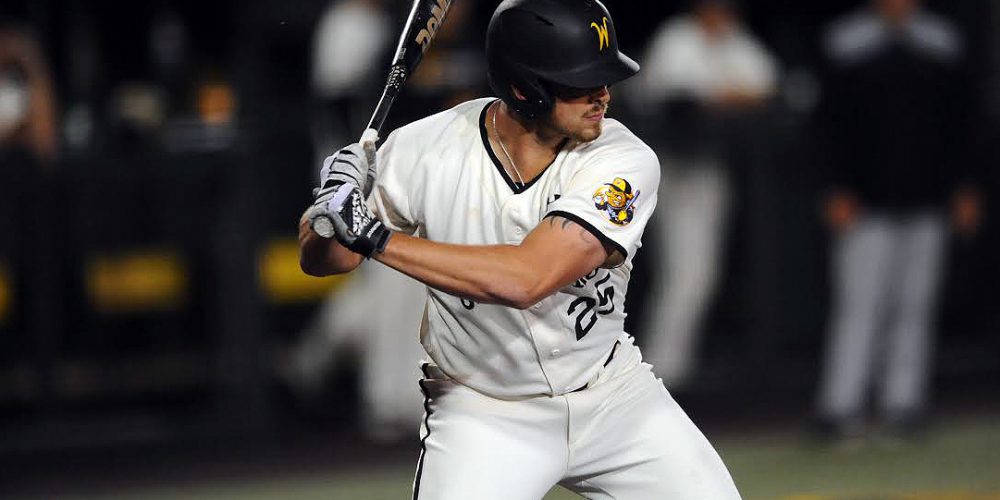 Wichita State is one of the more storied programs in college baseball, but it’s safe to say that things haven’t been so great as of late.

The Shockers haven’t reached the NCAA postseason since 2013, where, in legendary coach Gene Stephenson’s final season, they went 0-2 in regional action.

In search of some younger energy and a rock-steady background, the Shockers went on a national search for a new head coach and were enamored with Arkansas assistant Todd Butler. The former McNeese State head coach and Alabama assistant had done an impressive job during his tenure with Dave Van Horn and the Razorbacks. Additionally, he had established himself as one of the better recruiters, too, something the Shockers desperately wanted and needed if there were to get back to business on the national stage.

Well, there’s still plenty of time to make that happen, but Butler and the Shockers have been the beneficiaries of some bad luck. The Shockers went 31-28 and 26-33 overall, respectively, in Butler’s first two seasons with the program. But last season was supposed to be different. The Shockers welcomed back a hefty crop of arms, including highly touted hurler Sam Tewes. Tewes, though, was injured after just four starts and WSU was unable to establish any shred of consistency throughout the year with the pitching staff ending the campaign with an earned-run average approaching six and the team tallying a 21-37 overall record.

The upcoming season could be a turning point for Butler and his staff. The Shockers welcome back a cornucopia of talented hitters, while he’s cautiously optimistic about the pitching staff with the return of some seasoned arms, along with the addition of new pitching coach Mike Steele, who previously spent the past two seasons on Troy Buckley’s Long Beach State coaching staff.

“We’re coming off back-to-back years where we had to deal with some injuries, and when you combine that with playing a pretty good schedule, it’s not a good mix,” Butler said. “This process is taking a little more time than I had anticipated, but I like where we are right now.

“I’ve liked the clubs we’ve had in the past, but we’ve had serious breakdowns in terms of injuries,” he continued. “For us to be successful in the spring, the No. 1 thing that we must do is just stay healthy from a pitching standpoint. I think we need to go out there and get our ERA down from what it was last year to at least somewhere around there and see what happens. I think we’ve got a legitimate chance to compete this year. We do have a tough schedule as we have LSU, Cal Poly and Texas Tech, but for me, it’s not about who you play as much as it is how you play. Hopefully we build on the lessons we learned last season.

Despite some obvious question marks with the Shockers, the tools and pieces are there to take a step forward and potentially get back in the spotlight with a splash.

Here’s our inside scoop on the Shockers as they prepare for the 2017 season.