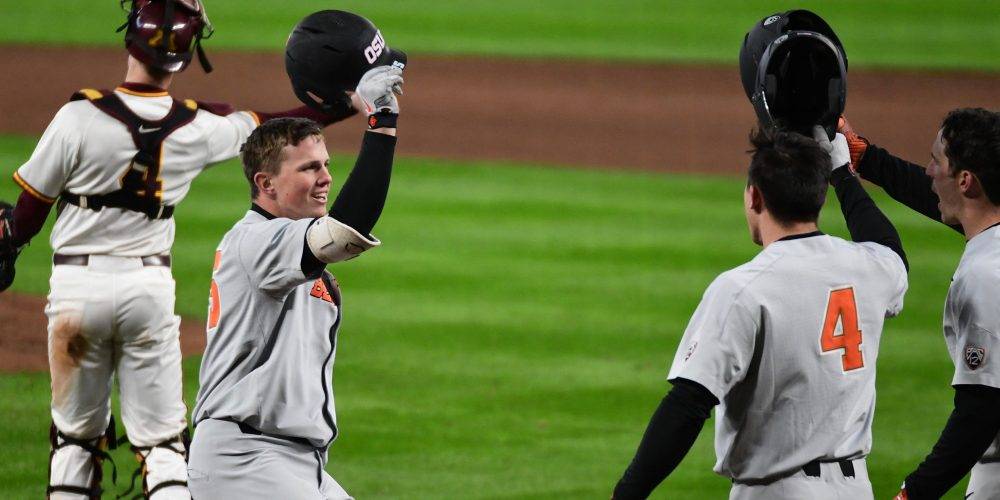 Minnesota flame-throwing sophomore righthander Max Meyer was cruising along in his first collegiate start after spending all of last year and the first three weeks of this year dominating at the back of the Gopher bullpen. He had allowed just one hit — an infield single to Oregon State’s Adley Rutschman in the third — through five scoreless innings, and his Gophers clung to a 1-0 lead when Rutschman came to the plate with a man on first base in the sixth. Meyer’s stuff was as electric in his new role as ever — he sat 95-97 in the first and pitched comfortably at 93-95 through the sixth, with a filthy power slider that ranged from 84-89 and an effective newfound changeup. But Rutschman is the best player in college baseball, and when Meyer finally made a mistake, Rutschman punished him for it.