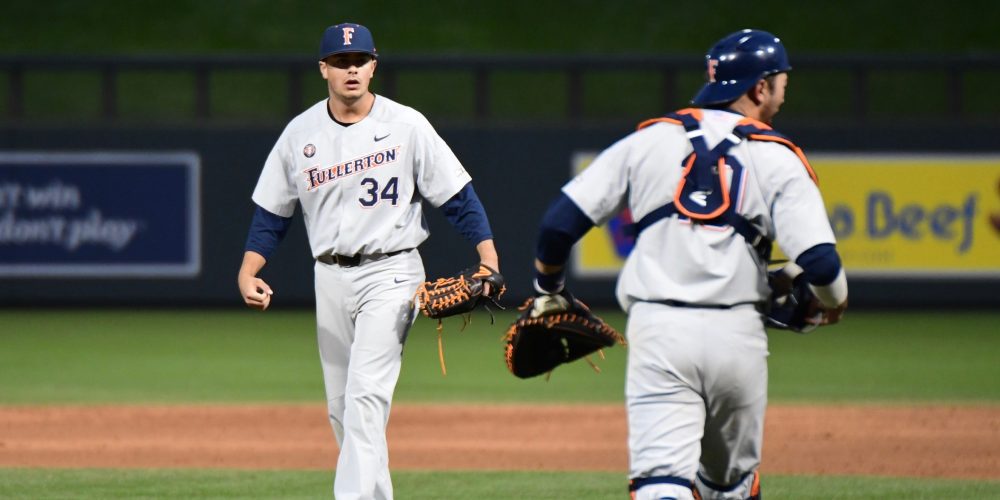 SCOTTSDALE, Ariz. — It’s time to empty out the notebook from my opening weekend stops at the MLB4 Tournament and the Angels College Classic. Read on for stray observations on Cal State Fullerton, Virginia, TCU, Vanderbilt, Grand Canyon, Wichita State and Ball State.

• The Titans pulled off a vintage gritty Titanesque victory Sunday afternoon against Virginia, coming from behind with three runs in the ninth to win 6-5. That rally featured two walks (one intentional), a hit batsman, a couple stolen bases, a sacrifice fly, two infield singles and a double — in other words, it[…]