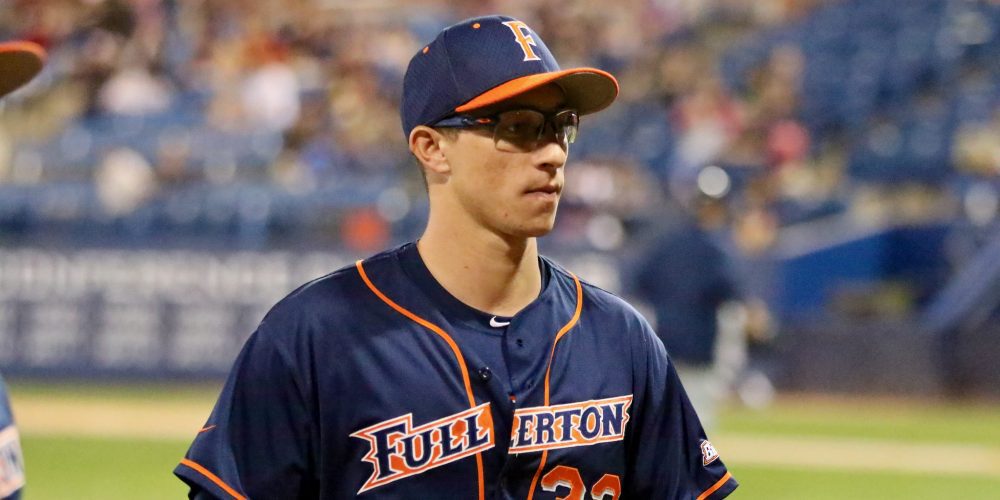 FULLERTON, Calif. — Cal State Fullerton senior Hunter Cullen knows his role. He is a guy that gets to celebrate the final out of wins because he comes off the bench and provides excellent defense as a late-game substitution. He can play all three outfield positions and cover a ton of ground, helping the Titans pitchers with his range and ability to make the spectacular catch look easy

That’s why it was all the more devastating earlier this season when Cullen misplayed a line drive, helping Stanford steal an opening weekend victory.

On Saturday night, Cullen helped snatch a win back for the Titans. Inserted into the lineup with right fielder Ruben Cardenas injured, Cullen was a perfect three for three with a walk and he notched the game-winning hit when he laced a two-run triple down into the right field corner that put Fullerton ahead of Gonzaga, 4-3, in the eighth inning.

“Haven’t really had a game like that, so it feels good to finally experience it,” Cullen said. “Amazing. It feels great.”

Cullen’s two-run triple was the big blow after Timmy Richards, in his first game back from a groin injury, lined an RBI single to center field a hitter prior to help the Titans overcome a 3-1 deficit to get a victory.

“We finally just took some decent swings,” Fullerton head coach Rick Vanderhook said. “Timmy came up in a couple of spots where he could have helped us and didn’t have as good at-bats [earlier in the game]. He got a ball and stayed inside it up the middle.”

Cal State Fullerton (8-5) took an early lead when Niko Pacheco singled home Scott Hurst, but as they would do two more times through the first six innings, the Titans left multiple runners on base.

Gonzaga (6-7) evened the game up on a Tyler Frost solo homer to lead off the fourth inning and took the lead with back-to-back RBI singles from Jeff Bohling and Frost the next inning.

But Cullen’s offensive breakout performance pushed the Titans to a victory that evens the series after Gonzaga’s Eli Morgan outdueled Fullerton’s Connor Seabold, 1-0, on Friday.