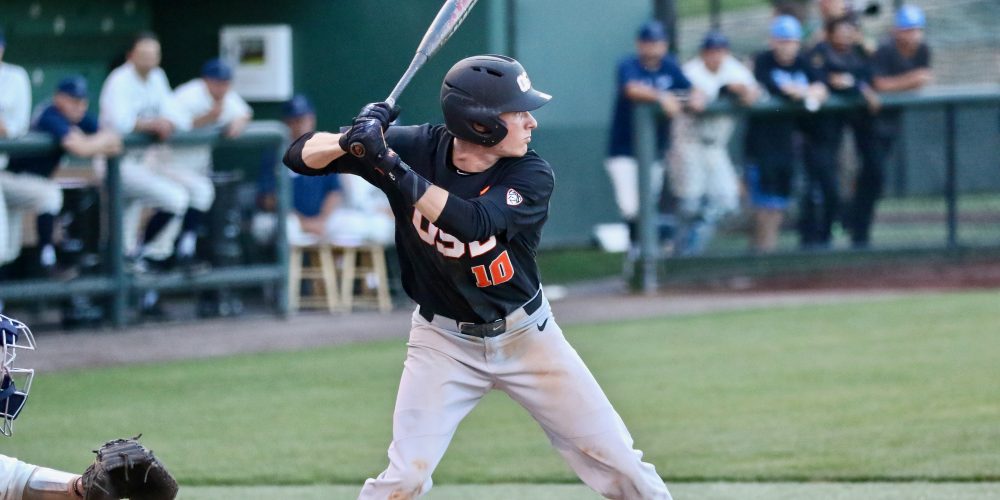 LOS ANGELES — Third baseman Michael Gretler walked back to the dugout with his head down in the fourth inning after striking out with two runners on. He received an earful from the Oregon State coaching staff for not finding a way to move the runners.

As he had in the fourth inning, Gretler got ahead in the count, but this time, when he swung at a 1-0 pitch, he didn’t miss. The junior turned on a Jake Bird fastball and rocketed it up against[…]