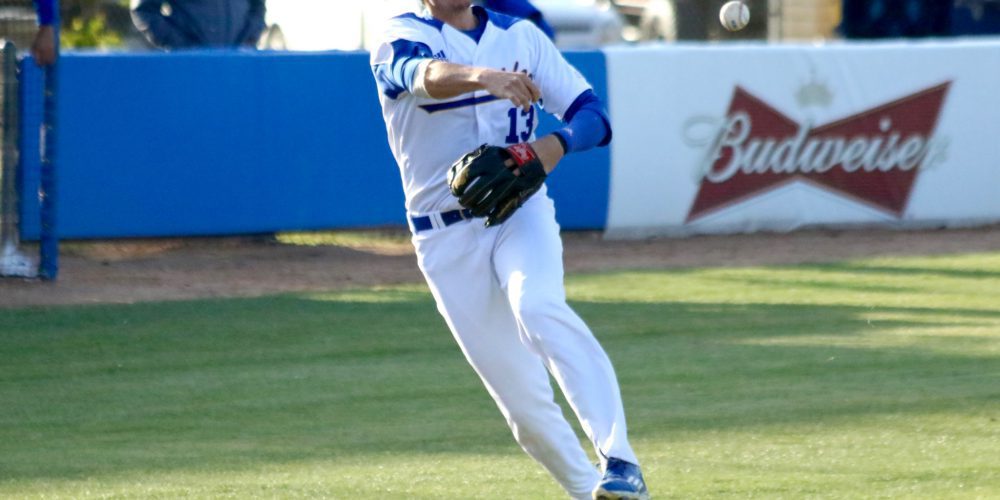 Michael Farris' defense at third base has been key for UC Riverside. (Shotgun Spratling)

How The (Big) West Is Won

RIVERSIDE, Calif. — UC Riverside head coach Troy Percival sat in his office after a 3-2 victory Tuesday night and stared at his computer screen. He refreshed once, twice, three times.

In abject disbelief, he turned to his assistants, “Can you believe this (expletive)?”

Percival’s Highlanders had just defeated traditional West Coast Conference power San Diego, and yet they had slid in the Ratings Percentage Index (RPI) rankings. The web site Percival was viewing featured a “real-time” RPI that updated as each score was posted. Despite a win over a team much higher in the RPI rankings, the Highlanders had fallen from[…]