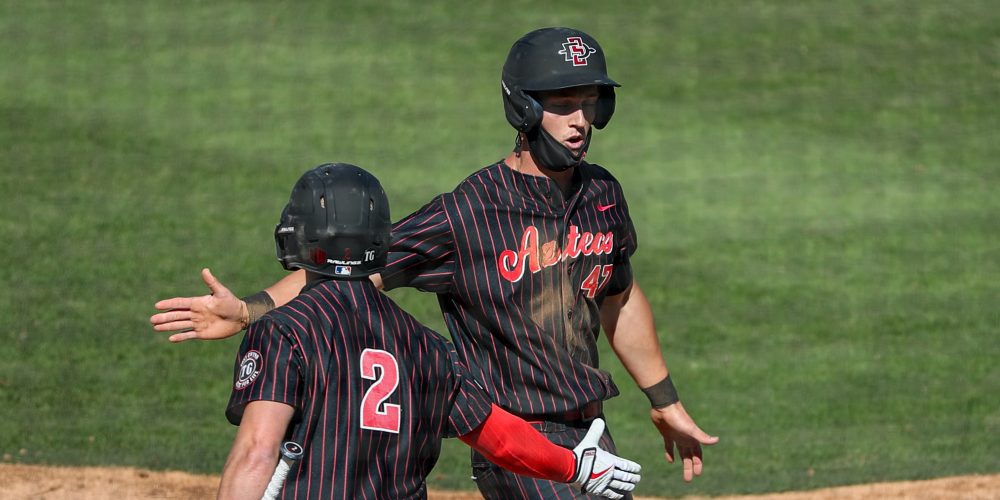 The Aztecs returned to Tony Gwynn Stadium for the first time since their midweek game against TCU was cancelled on March 10 last year. Two days later, the sports world had shut down and the 2020 college baseball season was canceled.

“The biggest win … is that we got a chance to get out there and play,” San Diego State head coach Mark Martinez said. “You can kind of almost feel a[…]