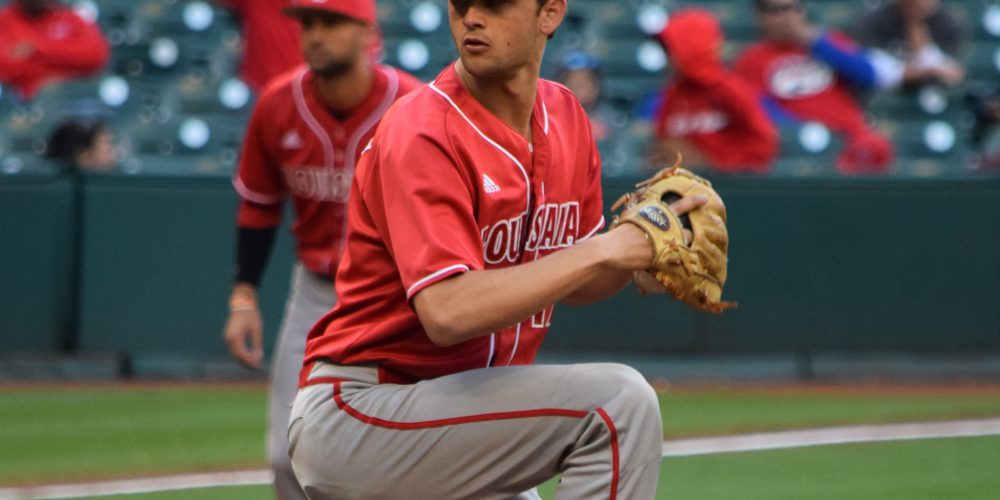 Most Exciting Player: Ryan Aguilar, 1b, Arizona. This isn’t an overly powerful regional from a big-time production standpoint, but Aguilar is a good one. He’s a first baseman with some athleticism, stealing 12 bases this spring, while also hitting .314 with 18 doubles, six homers and 42 RBIs.

Best Hitter: Zach Gibbons, of, Arizona. Gibbons has been a consistent force for the Wildcats. In addition to leading the team in hitting by 29 points entering the weekend, he also has a .472 OBP, has stolen nine bases and has smacked 12 doubles in the process.

Best Defensive Player: Joe Robbins, 3b, Louisiana-Lafayette. Robbins has moved around positions at times this season, and he’s now back at third base. Robbins was already an elite defender last season, and he’s continue that pace this spring.

Best Pitcher: Gunner Leger, lhp, Louisiana-Lafayette. It’s tough not to go with Arizona’s Nathan Bannister here. After all, he’s finished the season on a torrid pace. Well, Leger is the guy to watch. In addition to his good numbers, he’s got good overall stuff despite not having overpowering velocity on his fastball.

X-Factor: Dylan Moore, Louisiana-Lafayette. I think the big key for me this weekend is the bullpen for the Cajuns, specifically Moore. Moore is the career saves leader at UL, and he has a 0.94 ERA in 47.2 innings, along with 13 saves. Typically, the game’s over when Moore enters. We’ll see if that’s the case this weekend.

Best Starting Rotation: It’s a rather tough call between the Cajuns and Wildcats here, but given they play in some offense-friendly ballparks out West, I give UA the edge with the trio of JC Cloney, Nathan Bannister and Kevin Ginkel. None of the three arms have ERA’s above 3.18.

Best Bullpen: Louisiana-Lafayette. There’s really no doubt here, it’s the Cajuns. They have a true two-headed monster out of the bullpen in Dylan Moore and Eric Carter. Moore has a good breaking ball and elite numbers, while Carter blossomed earlier this season and has continued to experience success with some good velocity.

Best Offensive Team: Arizona. This isn’t the regional for you if you’re looking for gaudy numbers. After all, no team in the field is hitting near .300, with UA and Sam Houston State sitting at .291. The Wildcats have an impressive quartet in Zach Gibbons, Cody Ramer, Ryan Aguilar and JJ Matijevic, while two-way talent Bobby Dalbec has some power potential.

Best Defensive Team: Louisiana-Lafayette. This is another close race, but we give the edge, especially at home, to the Cajuns. Robbins is a true star over at third base, while the rest of the team is stable defensively for the most part.

No. 1 Seed Win Probability: 5. This is a very good regional with two other teams – Arizona and Sam Houston State – that have the potential to win it. The Wildcats are the team I’d be weary of if I’m a Cajuns fan. They’re battle tested in the Pac-12 and have some impressive pieces.