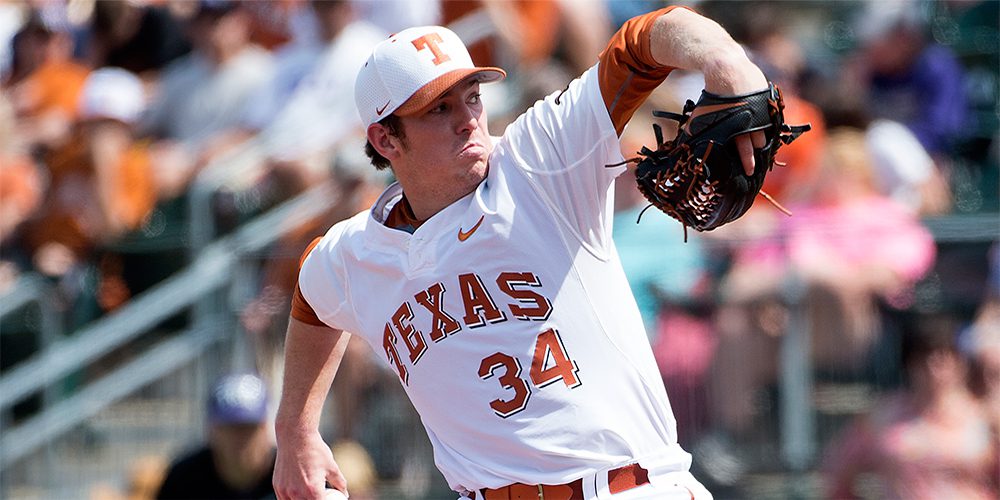 Kyle Johnston's move to the closer role could be a game-changer. (Texas photo)

AUSTIN, Texas — After dropping the first game of the David Pierce era on Friday night, the Longhorns responded in impressive fashion on Saturday with a doubleheader sweep of Rice by scores of 5-4 and 6-1.

In both contests, the Longhorns and Owls put some talented pitchers on display. For Texas, junior righthander Kyle Johnston was the headliner in the opening game of the doubleheader, while heralded freshman righthander Blair Henley impressed in the nightcap. Meanwhile, the Owls had some tough luck on the mound in the nightcap, but the freshman duo of Matt Canterino and Roel Garcia left a positive impression.

Who stood out, and why on Saturday? Let’s get down to business …

• Texas junior righthander Kyle Johnston is one of the premier prospects on the roster for a reason. The 6-foot, 220-pounder, has always had a huge arm, but in the past, has lacked the command and poise to be a purely dominant force. Well, he showed flashes of his old self in a win over the Owls, but also showed a side of him we hadn’t seen before.