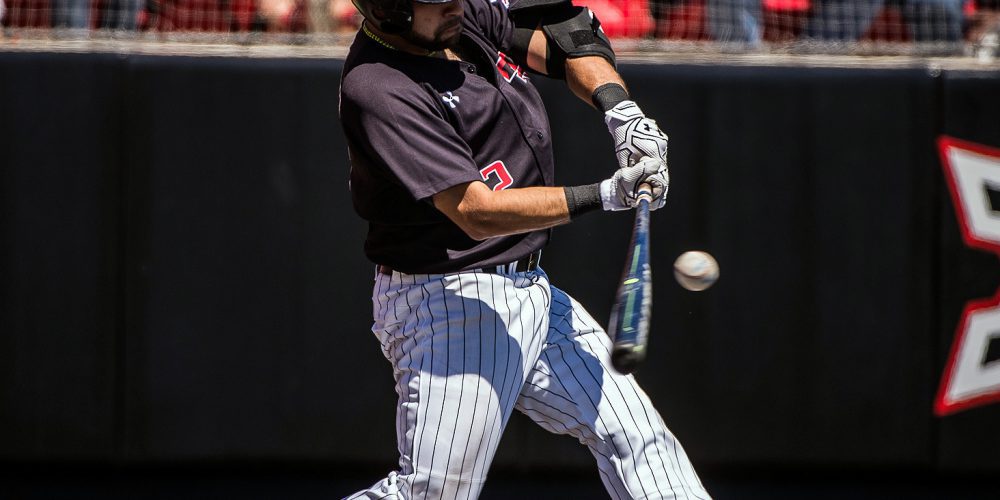 Most Exciting Player: Eric Gutierrez, 1b, Texas Tech. Gutierrez has had an outstanding career for the Red Raiders and just routinely finds ways to make things happen at the plate.

Best Hitter: Chris DeVito, New Mexico. Boy, how about this big bopper? DeVito has earned rave reviews this season with coach Ray Birmingham even comparing him to former Lobos star DJ Peterson at times. Looking at his numbers, yeah, it’s easy to see why.

Best Defensive Player: David Martinelli, Dallas Baptist. Martinelli is having quite an impressive campaign from an offensive standpoint, but he’s also and outstanding defender with athleticism and a big-time arm.

Best Pitcher: Davis Martin, Texas Tech. You could go with DBU’s Poche in this category, too, but we give the edge to Martin, who does a terrific job of keeping the ball low in the zone.

X-Factor: Stephen Smith, Texas Tech. As good as Eric Gutierrez is for the Red Raiders, Smith also has the ability to break games open. He’s having a strong season with nine homers and 38 RBIs.

Best Starting Rotation: Dallas Baptist. The Patriots have a tradition of strong pitching, and this season is no different with the trio of Colin Poche, Darick Hall and Jordan Martinson.

Best Bullpen: Dallas Baptist. The Patriots have some serious bullpen depth with the services of Seth Elledge, Landon Wilson, Gavin Fritz and others. When the starting pitching gets into trouble, they have others to turn to.

Best Offensive Team: New Mexico. One certainly needs to consider the home field and league the Lobos play in, but this is still a very impressive offensive lineup that can hit for some serious power.

Best Defensive Team: Dallas Baptist. The Patriots have some athleticism in the outfield, while Camden Duzenack is a good one up the middle. DBU is neck and neck with the Red Raiders in this department.

No. 1 Seed Win Probability: 7. The Red Raiders play very well at home, and are 20-7 there this season, but keep an eye on Dallas Baptist and New Mexico. DBU is a seasoned club who would love nothing more than to avenge last seasons’s home regional setback, while UNM is very familiar with Tech and won’t be intimidated this weekend.