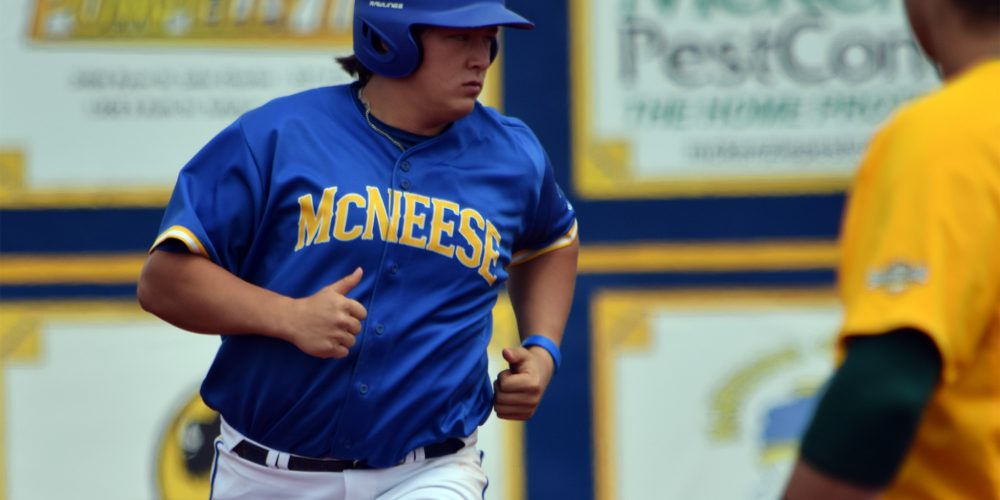 LAKE CHARLES, La. — As McNeese State finished off a thrilling Sunday afternoon victory over Southeastern Louisiana in a Southland Conference showdown, Cowboys head coach Justin Hill breathed a long sigh of relief and proceeded to take questions from the media.

The feeling was one of ‘we sure needed that’, because you see, life as a potential at-large team in a mid-major conference is difficult. The Cowboys dropped the first two games to the Lions in very close, hard-fought fashion, and at home, his team had to find a way to scratch out the series finale. They did that, and now moving forward, winning one with the other two games being competitive looks a whole lot better to a potential NCAA Selection Committee than getting clean swept. The margin between being in and out as a mid-major at-large hopeful is razor thin, and it’s not like the committee has been kind to the SLC from a historical standpoint.

The feeling on the other side of the field was different. As the Lions fell just short of sweeping the series, head coach Matt Riser didn’t say much, collected his things, and headed for the exits before we exchanged some kind pleasantries. Riser was disappointed. Like Hill, he knows what life as a mid-major is like, and getting a road series sweep over the vastly improved Cowboys, who have some high quality wins, would’ve been a huge feather in his club’s cap, especially after dropping a tough series to Louisiana-Lafayette the previous weekend. Still, he was pleased with the Lions’ ability to go on a road and get a quality series victory.

“I think the good thing is that we got things going back the right direction. We had a rough weekend last weekend, and really, the past two weeks have kind of been that way,” Riser said. “It was good to get back on the right track. I thought they [McNeese] played well late [in the series finale] and got the big hit, and that happens in baseball sometimes, but again, we’re back on track.”