Draft Study: How Likely Are Your MLB Dreams?

It should be fairly obvious that players drafted out of the college ranks reach the major leagues at a higher rate than players drafted out of high school. After all, college players are older and therefore more advanced, with longer track records of performance against a better-known quality of competition. Past studies, such as Allan Simpson’s 2002 analysis of draft results from 1965 to 1995, have shown that college players are more likely to get to the big leagues, and common wisdom suggests those trends haven’t changed.

But common wisdom wasn’t good enough for Rick Karcher, a professor of sports management at Eastern Michigan University. Karcher has studied the draft extensively and provided expert testimony on lost earning capacity damages of professional baseball players in numerous personal injury cases and two well-known law suits challenging the NCAA’s “no agent” rules — the Andy Oliver and James Paxton cases. So Karcher set out to update Simpson’s research to determine a drafted player’s chances of making the major leagues from 1996 to 2011 (he stopped there to give players five years to reach the big leagues). He also delved deeper to compare the chances of position players and pitchers to make the majors out of each round. Karcher and his research assistant, Joseph Barroso Jr., analyzed the top 20 rounds of the draft from 1996-2011 and then shared the results with D1Baseball.

“I was very familiar with the previous study that Allan Simpson did at Baseball America on drafted players between 1965 and 1995. I had used that report on some of the cases I’d been involved in with respect to calculating damages for baseball players, lost earning capacity for a future career,” Karcher told D1Baseball. “One of the things I wanted to do was pick up from that standpoint, do a brand-new study since 1995, to see if there are any differences in the past 20 years or so, see how it compared to Simpson’s study. And then secondly, I wanted to take the study even a step further and see how it looked when you break it down by high school vs. college guys, and by position, pitcher vs. position player, to see whether the percentage chances of making it to the major leagues and making it for more than three years — were there were any variances in that regard? So my study does that piece too.”

A couple of things to note before we get to the data. First, Karcher’s study noted whether or not players reached the big leagues for at least one game, and whether they played in at least one game during three separate seasons. He did not attempt to gauge what kind of impact players made in the majors. And it’s worth noting that some of the very best high school players can provide exceptional impact, making it worth the risk of drafting them early even if they are statistically less likely to reach the big leagues.

Let’s begin with some charts that compare the likelihood of reaching the big leagues (and spending at least three years in the majors) for college and high school players drafted in the first five rounds. 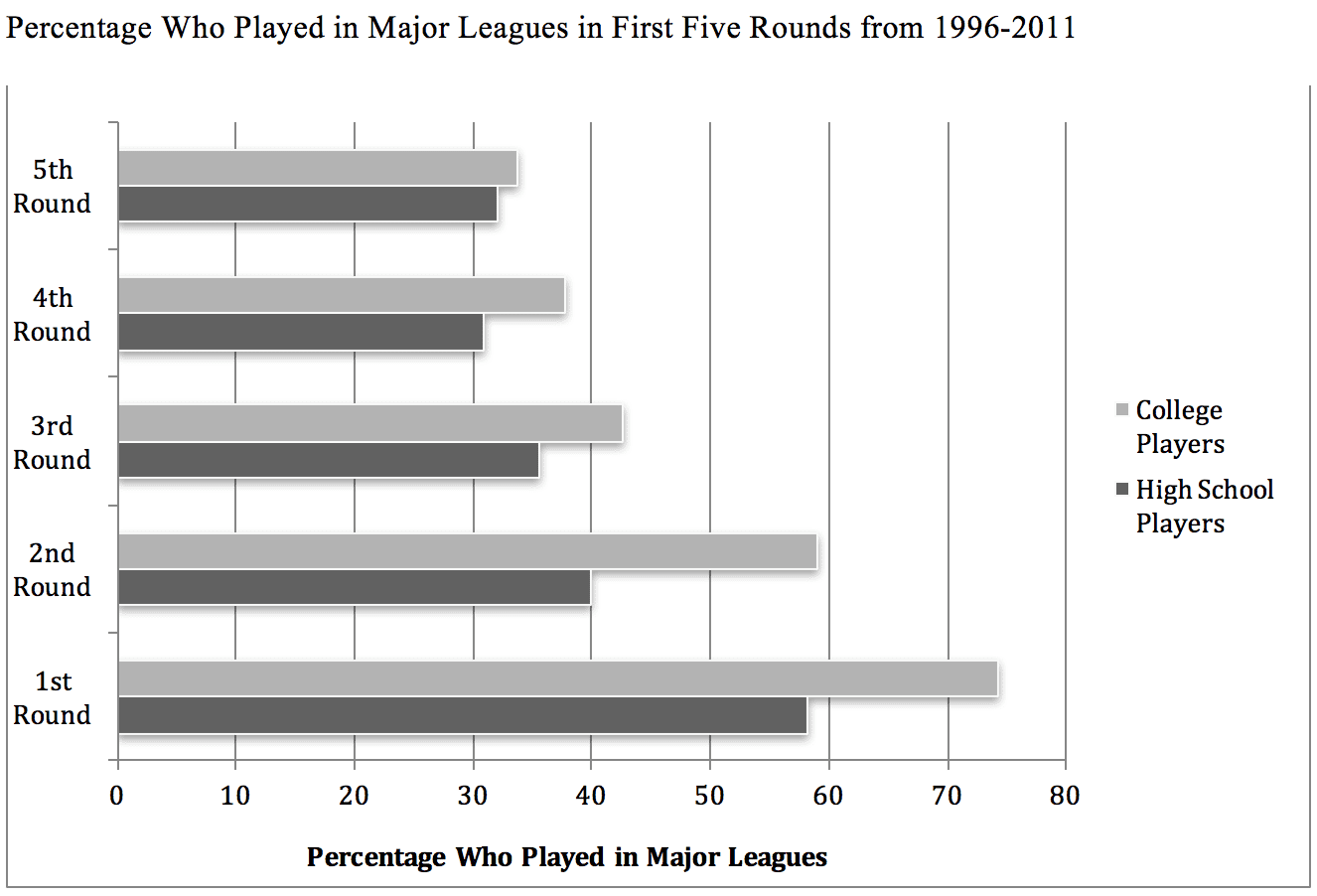 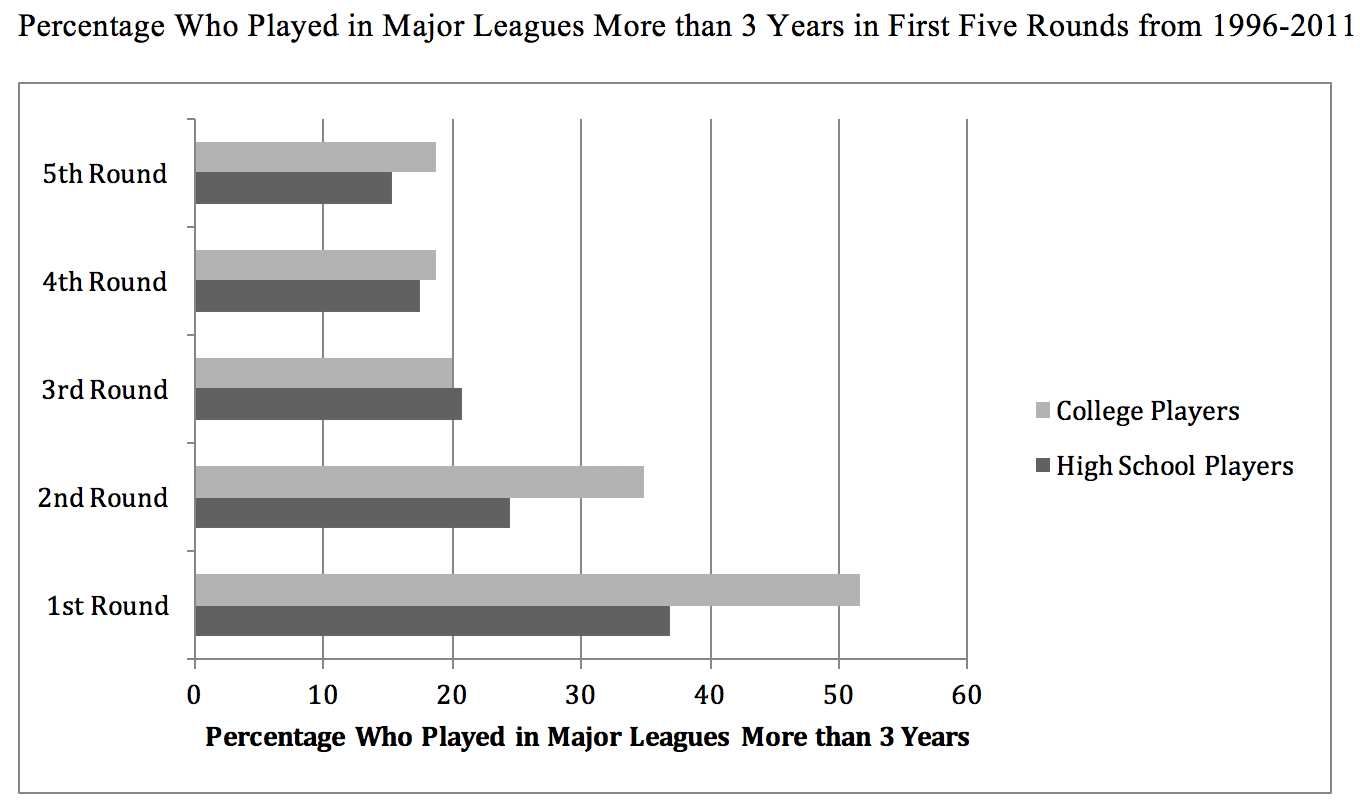 But it’s interesting to note that the gap shrinks after the first couple of rounds — college players still get there at higher rates, but there is a less pronounced difference. The “safest” picks are college position players selected toward the top of the draft. Karcher writes:

• Finally, Karcher noted that players are more likely to sign with the club that drafted them than they were in the old days. Obviously, teams are more careful with their picks in the top 10 rounds under the current system, which makes it imperative to sign those picks or else lose the bonus pool money allotted to the picks. Karcher writes: