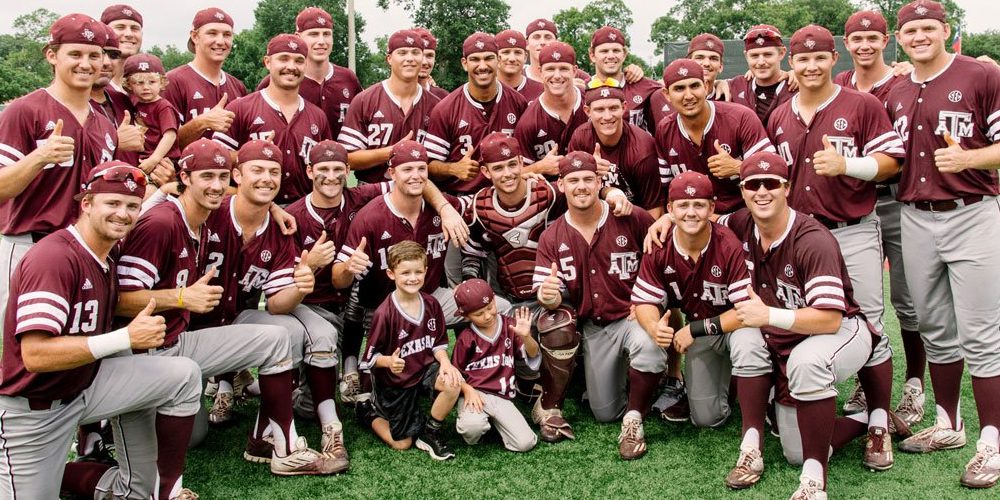 • Mississippi State head coach Andy Cannizaro continues to work his magic this season. The Bulldogs, as well-documented by now, have dealt with a plethora of injuries and fell short of hosting a regional in Starkville. However, they hit the road this past weekend and advanced to the Super Regional round by double-dipping Southern Miss on Monday. Jacob Billingsley led the Bulldogs to victory in the first game with a complete game performance, while Brent Rooker hit his second home run of the day in the nightcap to advance to the next round. MSU now moves on to face LSU on the road in Baton Rouge, and it’ll look for a little redemption after the Tigers dominated them in Starkville earlier this season.

• Another young SEC head coach, Kentucky’s Nick Mingione, also has been working wonders this season, and he’s led the Wildcats to the first regional championship and Super Regional appearance in school history with a 10-5 win over NC State. Kole Cottam and Marcus Carson had huge days at the plate with two hits each and five RBIs, while righthander Sean Hjelle, who started on Friday, came out of the bullpen and tossed three shutout innings. The win sets the stage for an outstanding Supers showdown between the Wildcats and rival Louisville.

• Long Beach State lost the first meeting with Texas in the Long Beach Regional this weekend, but showed a ton of grit by battling back and double-dipping the Longhorns to advance to a Super Regional that features Cal State Fullerton, a team the Dirtbags went 5-1 against during the regular season. LBSU’s Dave Smith allowed just one hit in four innings, while the bullpen did an outstanding job with Josh Advocate and Zak Baayoun leading the way. While it was a disappointing end to the season for Texas, coach David Pierce clearly has the Longhorns headed the right direction after just one season.

Four Teams Move To The Supers

• Vanderbilt and Oregon State should be an absolute treat to watch next weekend. Vandy advanced to the Super Regional round with a dominant 8-0 win over host Clemson. How about third baseman Will Toffey? The sizzling hot slugger hit two more home runs in the win over the Tigers and finished the night with five RBIs, while righty Matt Ruppenthal was terrific as well, striking out five, walking one and allowing three hits in six shutout innings. With the win, the Commodores set up an absolute dandy of a showdown with the top seeded Beavers.

• Florida State is going to Florida State, folks. The Seminoles dropped the opening game of the Tallahassee Regional with a tough loss to Tennessee Tech, but battled all the way through and took care of Auburn, 6-0, to advance to the Super Regional round. How about starting pitcher Will Zirzow? Unreal performance tonight in Tally. He struck out 11, didn’t walk anyone and allowed two hits in a complete game shutout. With the win, FSU will host Sam Houston State next weekend. Furthermore, this is FSU’s 16th super regional appearance.

• The Fort Worth Super Regional is set for next weekend after TCU took care of Dallas Baptist in impressive fashion, 15-2, while Missouri State beat Arkansas on the road. For the Bears, Doug Still put together a strong start, striking out four and allowing a run on four hits in five innings, while for the Frogs against DBU, outfielder Josh Watson hit his first home run of the season, amazingly. Everything is coming up Frogs these days and the two teams will meet next weekend at Lupton.

• Texas A&M sophomore righthander Stephen Kolek was one of the Aggies’ hottest arms in the second half of the season, and he carried the Aggies to a 4-3 win over Houston in the Houston Regional title game. Kolek did a tremendous job of burying his sinking fastball low in the zone, while also showing good feel for the slider. He struck out nine, walked one and allowed two runs (one earned) on five hits in 8.1 innings. Blake Kopetsky got the Aggies rolling early in the contest with a two-run home run, while Houston made a ferocious run in the ninth inning, only to have A&M righty Cason Sherrod strike out hard-hitting Connor Wong to end the game. With the win, the Aggies now play host to Cinderella team Davidson in College Station next weekend. This is the third-straight year the Aggies have reached the super regional round. Will the third time be a charm for the Aggies?

TEXAS A&M SWEEPS THE HOUSTON REGIONAL!!!@AggieBaseball advances to its 3rd straight Super Regional with a 4-3 win over Houston. pic.twitter.com/QVbDGHZp24

• Sam Houston State made history on Monday afternoon by advancing to the super regional round for the first time in school history with a thrilling 4-3 win over national seed Texas Tech. Hunter Hearn had a pair of hits for the Bearkats, while Tech’s Davis Martin, pitching on short rest, allowed two runs on six hits in 4.1 innings of work. While some are shocked the Bearkats are advancing, you wouldn’t be if you listened to the postseason podcast earlier this week, as we specifically discussed the Bearkats as a team to watch this weekend. Matt Deggs’ club will be incredibly dangerous in the super regional round against Florida State or Auburn, too.

• With Sam Houston’s win, three national seeds have already been eliminated from the NCAA tournament — No. 2 North Carolina, No. 5 Texas Tech and No. 8 Stanford.

• Florida was shocked by Bethune-Cookman on Sunday, but prevailed on Monday in a game that was much closer than the score would indicate — 6-1. Kirby McMullen, Austin Langworthy and Michael Byrne were terrific on the mound with McMullen and Byrne combining for five shutout innings, while Langworthy hit a three-run home run and Jonathan India and Dalton Guthrie each finished the game with two hits. UF moves on to face Wake Forest in Gainesville next weekend. Wake possesses one of the nation’s premier offensive lineups with Gavin Sheets and Stuart Fairchild leading the charge. That matchup against UF’s starting rotation should be fascinating to watch.

• Dallas Baptist was one of those three seeds that no one wanted to see. You saw why Monday afternoon as they roughed up Virginia’s pitching staff in an 11-8 victory to move on to the regional title game against TCU. Austin Listi had a pair of home runs and knocked in three runs, while Camden Duzenack also hit a home run and knocked in three runs. I didn’t pick Virginia to reach the Fort Worth Regional final for one big reason — I didn’t think the Hoos had the arms to do so. Today, starting pitcher Evan Sperling allowed four runs in the first without recording an out.