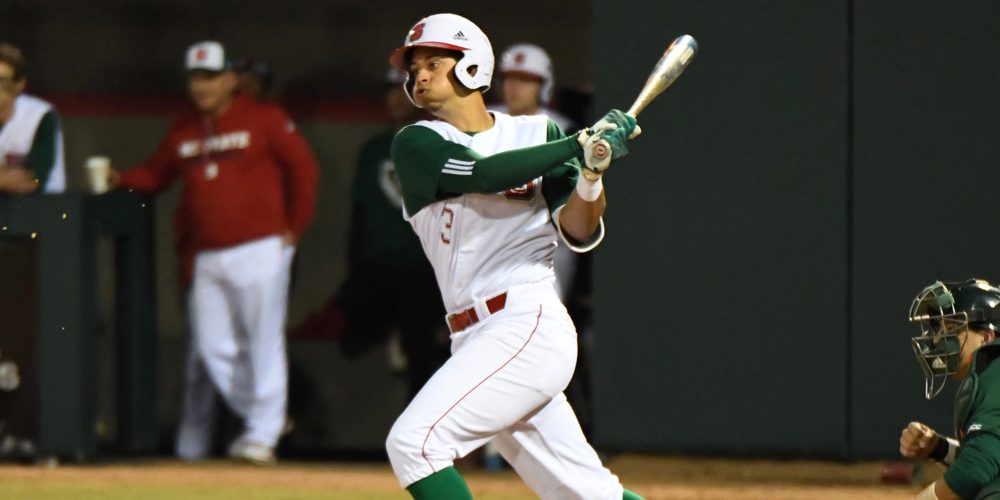 RALEIGH, N.C. — The first month of the season hasn’t been real kind to NC State and Miami, which entered the spring ranked No. 6 and No. 21, respectively, and now find themselves outside the rankings and hovering around .500. Both teams have underachieved offensively — the Hurricanes dramatically so — and had some issues in their rotations. Miami finally got its bats going in a road series win at Georgia Tech last weekend and entered Friday’s series opener at NC State with four wins in its past five games, but still just an 8-9 record overall and a .209 team batting average. The Wolfpack lost its first ACC series at Wake Forest last weekend and carried a 10-8 record into Friday.

So this is a big series — just not for the reasons we expected back in the preseason. Both of these teams are working hard to find their strides, and neither wants to fall into a deeper hole.

“You take two pretty good programs here, NC State and Miami battling it out, and I think they’re in a place kind of similar to where we’re at right now,” Wolfpack coach Elliott Avent said. “This is a team that was one of the best teams in the country last year with a lot of the same players back, they’re trying to figure out where they’re at, and obviously we’re trying to do the same thing.”

The Wolfpack showed some offensive life, some good signs on the mound and, most importantly, some real character in Friday night’s 5-3 win. NC State carried a two-run lead into the eighth, but Miami’s Johnny Ruiz and Romy Gonzalez hit solo homers in the eighth inning to tie it up against closer Austin Staley.

But instead of letting the blown lead deflate them, the Wolfpack rallied right back with two runs in the eighth on Shane Shepard’s two-run double to left-center. And then Staley showed resilience too, returning to the mound and working a strong ninth inning for the win.