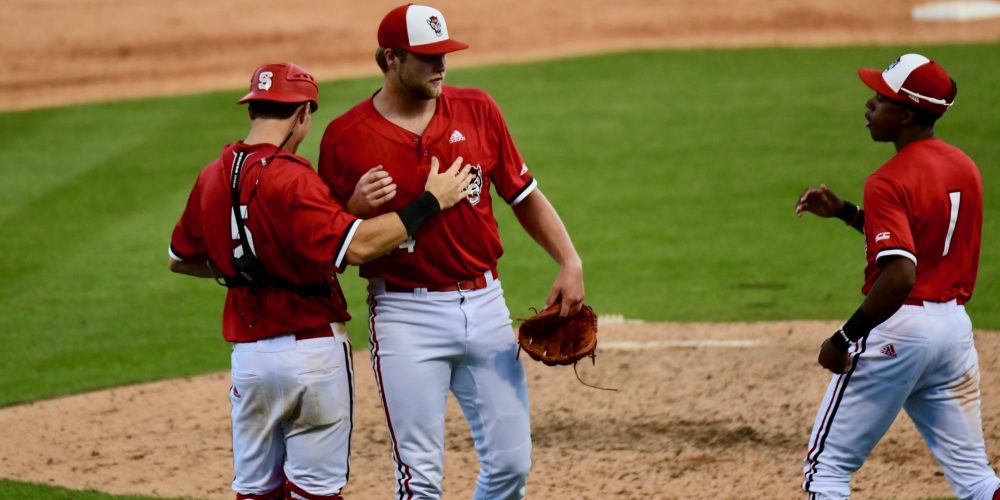 CHAPEL HILL, N.C. — NC State’s 19-0 start to the season was magical, but it was never a fully developed picture of what kind of season to expect from this team. The Wolfpack was never going to go 56-0, or 50-6 — the ’Pack played a little above its skis in that first half, and got some breaks, and rode some great mojo to a few improbable victories in games it had no business winning. Some adversity was inevitable — it’s a long season. What mattered was how NC State would respond to that adversity, and whether it would peak at the right time, when games were the most meaningful.

The adversity struck in April, when NC State lost nine of 13 games, a stretch that included three straight series losses to Louisville, Wake Forest and Notre Dame. All of a sudden, the bats cooled, the starting pitching stumbled, the bullpen hit a speedbump, and the defense wasn’t quite as reliable as it had been during the first half. Injuries to Will Wilson, Vojtech Mensik and Patrick Bailey (who stayed in the lineup but was far less than 100 percent) played a significant role, too.

But the Wolfpack persevered, and managed to get back on track over the final three weeks, winning eight of its last 11 games, capped by back-to-back series wins vs. Clemson and at North Carolina. NC State bounced back from a disheartening Thursday loss in Chapel Hill by pounding UNC by a combined score of 22-2 over the next two games, clinching its first series win at Boshamer Stadium since 2004, and getting the Wolfpack to 41-15 overall and 18-12 in the ACC.

“When we were so good — and let’s face it, nobody’s 29-3 or whatever that was, so that’s a mirage. But when we were winning like we were, the bullpen was lights-out, coming in strike one, strike two, and the starters were getting us to about the fourth or the fifth,” NC State coach Elliott Avent said. …