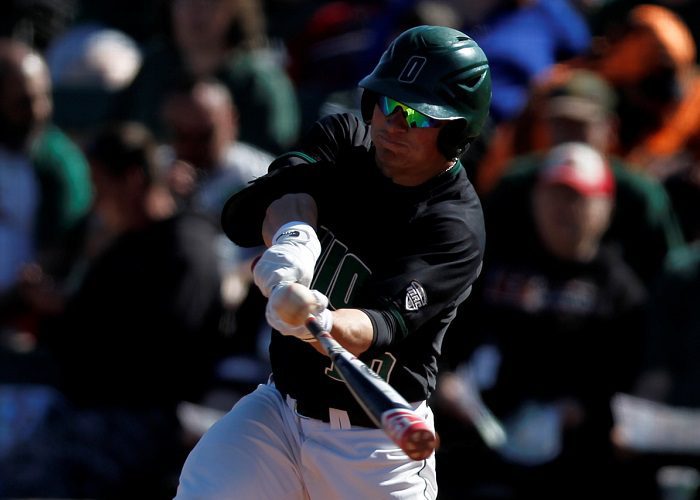 Ohio And The Most Unlikely Turnaround

KENT, Ohio — Rob Smith had never coached a good team before. The former Creighton and Purdue pitching coach took over the Ohio University baseball team shortly after a 2012 season in which the Bobcats finished 28-29. But by the time he coached his first game in Athens, almost the entire pitching staff was gone.

That’s to be taken literally–Smith’s first Ohio team lost the entire weekend rotation from the year before, as well as most of the key relief pitchers. Having to build a pitching staff from scratch, on short notice, is an absolute torpedo below the waterline for a first-year head coach, and Smith’s first two seasons reflected that: 14-39 in 2013, 11-40 in 2014. Last year, Ohio allowed more than twice as many runs as it scored, and in Smith’s entire tenure, the only pitcher to have a seasonal ERA below 4.00–in any number of innings–was John Adryan, who threw 2 1/3 scoreless frames in 2013. Adryan is now the team’s starting third baseman.

Looking at Ohio’s record from last year, and seeing how many players the Bobcats brought back from those pitiable campaigns, there was no reason to be optimistic. Ohio was an afterthought in the MAC coming into the season, a sure bet to finish 10th or worse in the 12-team league. But Smith, like a poker player slow-playing a pocket pair, thought different.

Ohio is an athletic, disciplined team with a lineup full of on-base threats and a pitching staff that is, for the first time in Smith’s tenure, not good as such, but at least not bad enough to scuttle the entire operation. And the Bobcats are winning. Ohio currently sits at 22-14, tied for second place in the MAC East, courtesy of the team’s first series win over conference powerhouse Kent State since 1998.

“We knew that year three was going to be kind of an important year, given the fact that we’d be able to add a few pieces ourselves through recruiting,” Smith said. “When we took over, there were a couple nice young players in Jake Madsen and Cody Gaertner and Tyler Wells—they were freshmen the year before we got here. So we knew there were a few nice position players. It was going to take us a while to build the pitching back up…It’s been pretty bare from the beginning, and that’s been the thing we’ve been trying to get a little bit better at, especially in the bullpen, and I think we’ve seen so far that our pen’s much, much improved over what it was last year.”