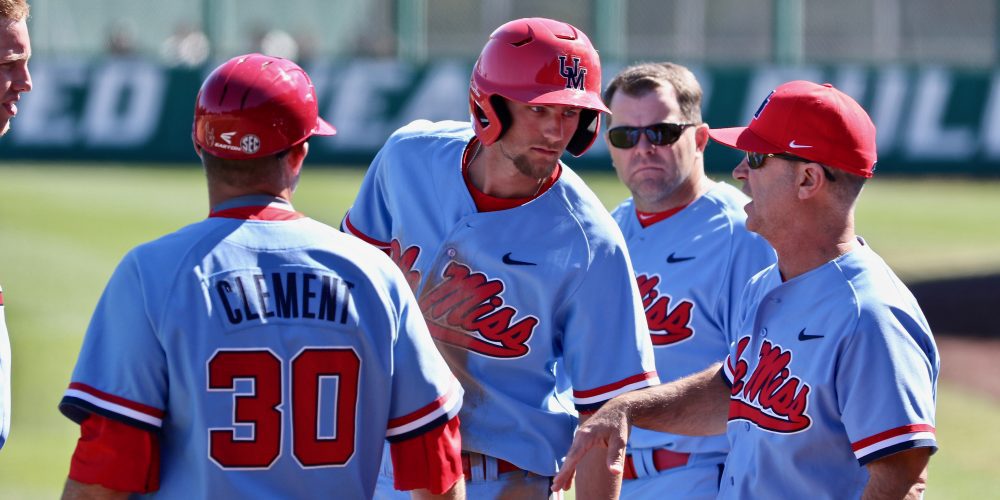 Whatever it was, it took until Sunday for the Ole Miss lineup to wake up on its trip to SoCal. But when it did, the No. 9 Rebels exploded for 11 runs over the final five innings in a 12-1 victory to claim a road series win at Long Beach State (4-8), which[…]