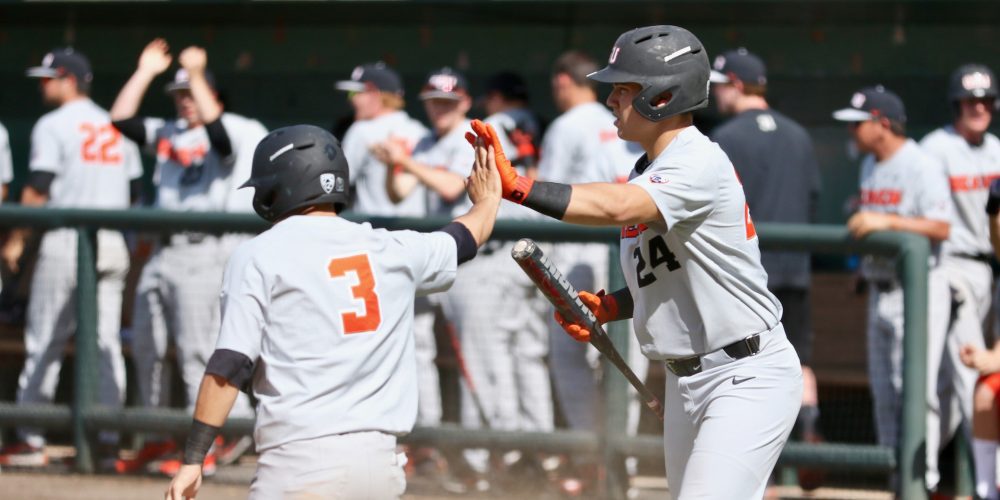 Oregon State Proving No. 1 Worth

LOS ANGELES — Oregon State’s two biggest offensive weapons, Nick Madrigal and KJ Harrison, were a combined 4 for 25 with six strikeouts and not much hard contact this weekend. The offense produced back-to-back five-hit performances after having five hits or less only three times in the first 33 games. The Beavers were out-hit 20 to 18 for the series and struck out 30 times.

On the pitching side, the ballyhooed return of righthander Drew Rasmussen did not happen. Freshman lefty Jake Mulholland blew a two-run lead in the ninth inning and saw his ERA nearly double on Friday, Saturday[…]